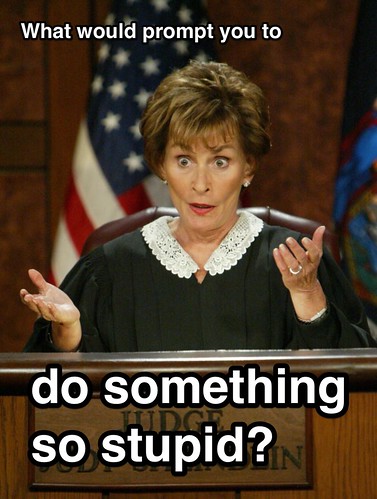 Jason Falls wrote a blog post recently about originality, plagiarism, and synthesis. If you haven’t read it, go read it first.

Disclaimer: I am not a lawyer. If you need legal assistance, contact a real lawyer!

The concern on the Internet isn’t about plagiarism per se. While it’s unethical, it’s not illegal in its own right. What is illegal is copyright infringement, either under the Berne Convention or under domestic laws in the nation that you reside in. The United States of America, for example, has some of the most draconian and oppressive copyright laws in the world; works that are legally public domain in other nations are still subject to copyright in the United States.

The test that many courts use to determine copyright infringement in a jury trial is called striking similarity. Via Wikipedia:

For example, I had to send a takedown notice to a publisher not too long ago for copyright infringement. A guest blogger copied the ideas and style of my post, down to the screenshots, and submitted it as their work. The offending post failed the second and fifth tests above, the publisher agreed, and the copy was removed.

So how do you know when you’re infringing copyright vs. creating something new or synthesizing something new out of existing materials? Subject it to the above tests. If all you’ve done is rewrite an idea in your own words, chances are you’re going to fail test 5, especially in a jury trial where people not familiar with the intricacies of your field will judge whether the copy is substantially similar to the original.

For example, let’s say you’re the inventor a ball-peen hammer. If I make a copy but spray paint it red, it’ll fail test 5. Now, if I take the hammer idea and merge it with a crowbar to invent a claw hammer, that’s not substantially similar. It’ll pass the striking similarity tests.

How can you defend your own works against infringement? As the tests above state, you’ll want to introduce subtle errors into your content. Watermark your images (which are basically a kind of error that’s hard to see).

Give out mostly correct recipes, but omit things.

Create a linguistic style of writing that is unquestionably you and only you, such that people making copies will have a difficult time imitating you.

Use your own original photography, video, music, etc. wherever and whenever you can.

Post your content on social networks as soon as you publish it so that there’s an immediate timestamp in the public record of when your original went up versus when a copy appeared.

If you’ve got a genuinely big idea, get a copyright lawyer and go through the process of filing a formal copyright and/or patent.

Finally, lawyer up and vigorously defend your work. Most people who copy things do so inadvertently, and as a result will generally respond to a polite request for a takedown. The few bad actors who maliciously copy will receive the message when you press a lawsuit, and if you build a reputation as someone who will go to the mat for your work, chances are those folks will learn to steer clear of you.

Let me reiterate that I am not a lawyer. If you’re facing copyright issues, get a real lawyer. But if you’re looking to protect yourself, or know when a work is protected, use some of the tips and ideas above!