What Starcraft should tell you about your social media strategy

I’ve been playing the heck out of Starcraft II recently, having finally gotten around to buying it. It’s tremendous fun and is a true real-time strategy game, like Warcraft was before World of Warcraft. Starcraft teaches you a heck of a lot about tactical strategy because it’s fairly unforgiving of bad strategy. You know whether X idea is a good one or a bad one in short order. 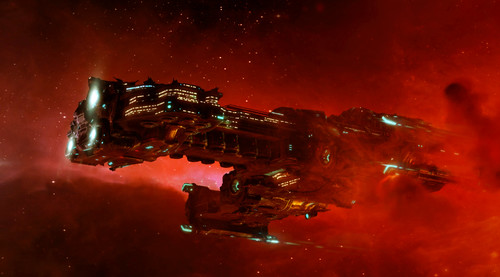 As you play the game, you have to build little buildings and troops, then place them on the map where you think they’ll do the most good. The catch is that you have a finite number of resources to work with and everything you build takes time. Thus, if you plan poorly, your opponent can kick your butt while all your resources are being used for unproductive things.

One of the strategies I play with to make sure I’m not open to an easy, preventable loss is the idea of outposts and headquarters. Rather than try to spread my forces out all over the map, I fortify one area near my main buildings, then send out scouts and builders to construct modest outposts around areas of interest. If I find an especially valuable place to be, I’ll add more troops and buildings so that it’s not easily overrun. The outposts serve as early warning systems – they’re well-defended enough that they put up at least a little resistance, enough warning for me to recall all of my troops if something bad is coming my way. Meanwhile, my headquarters is armed to the teeth so that I can continue to build my army.

This strategy plays out surprisingly well in social media and on social networks. Unless you’ve got massive headcount and resources, you can’t be everywhere all the time. You can and should set up outposts on every network that you practically and reasonably can, and make at least a token effort to customize them and tell people where to find you. Better to set up an outpost and tell people where to go than to spread yourself too thin and do nothing really well. Like the Starcraft 101 strategy, you also want to pick one or two places, maybe three, where you’re going to do the big building, where you’re going to “mine for resources” and construct the heavy guns.

Also like Starcraft, where you choose to set up shop can and should change. In the game, you can exhaust your resource nodes and be forced to find new ones. This is equally true in social media. A social network can stop delivering for you – anyone who invested heavily in MySpace can tell you that. Anyone who spend a fortune on Facebook Likes can tell you that. Be ready and willing to pick up and move to a place where you do get the results you want.

Take these basic lessons from Starcraft and see how they apply to your social media strategy!