With Facebook Page reach ever on the decline, I wanted to see if I could boost engagement without paying Facebook.

Let’s take a look at the data.

Average Facebook Page engagement numbers prior to the experiment 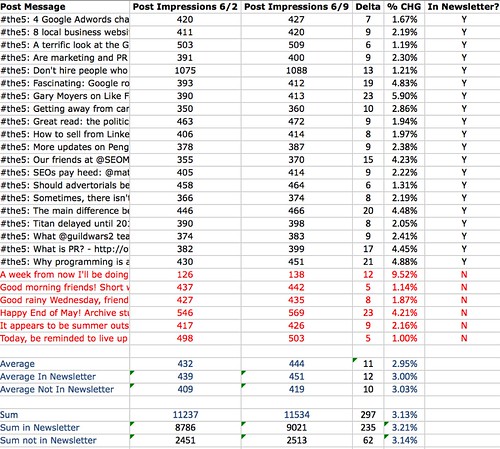 The difference between number of impressions week over week for posts featured vs. not featured? 3.00% for featured posts, and 3.03% for non-featured posts. As a popular TV show would say, this hypothesis is busted. Making everyone jump through an additional hoop of clicking through a Facebook post did nothing for the numbers on Facebook and annoyed my readers. We can officially call this experiment a failure for my audience.

Does that mean you shouldn’t do it? It means that if you’re thinking about it, you need to run the test for yourself. Your audience may behave differently than mine, but be prepared for potentially lackluster results.