How I got here, how you’ll get there

I started running Google Consumer Surveys Website Satisfaction Surveys on this site recently and read an interesting reason for why someone was on my site: “to learn more about how you got started and how you got where you are”. That’s a very, very long story, one that won’t fit in a blog post or even a dozen of them, but I understand the intent of the question. How did I do what I’ve done in my career so that you might be able to replicate it. 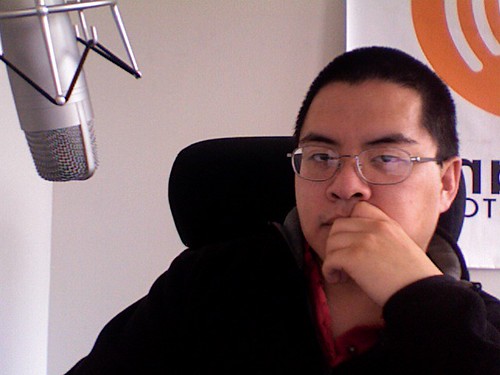 The bad news? The things in my life that have happened are largely unique to me. The good news? The overall opportunities to do the same or significantly better than me are flourishing and continue to flourish.

Very briefly, one of my biggest “breaks” in the digital marketing space was working at a startup as a marketing director with absolutely zero marketing experience. I originally started as an IT director (since that’s what my training and education was in) but ended up responsible for everything involving the website, from the hosting to the content to the email marketing system behind it. I had to learn the craft very, very quickly, but fortunately, there was a ton of disruption happening in the online marketing industry, so jumping in wasn’t a matter of catching up as it was innovating.

The second, even bigger “break” was motivated by me being a cheapskate. Back in 2005/2006, all of the great podcasting conferences were being held on the West Coast, so Chris Brogan and I decided to start one on the East Coast off of the BarCamp model, calling it PodCamp. We didn’t want to spend thousands of dollars on travel for what was more or less a hobby at the time. There was an unfilled need and we did our best to fill that need. It exploded (in a good way). That event (and its subsequent transformation into a movement) launched us both.

The third, most valuable “break” was making a decision early on to build this platform, to build my own blog and website and to own as much of my audience as possible through a mailing list. Social media has been wonderful, as has podcasting, but nothing holds a candle to owning access rights to your audience. This blog and mailing list have seen the rise and fall of MySpace, the dominance of Twitter and Facebook, the first and second golden ages of podcasting (we’re in the second one now), the rise of mobile, and more. By having ownership of the ability to reach my audience, I’ve been able to take the momentum I’ve built on various platforms and keep moving from platform to platform as things change.

Those three breaks – disruption, unfilled needs, and ownership – are breaks that are available to you, today. There’s never been more disruption in human history. There’s never been a better time to jump in, because nothing is certain. Google, Facebook, Twitter… they’re changing the rules of the game every day. Ask someone who’s in SEO and search marketing how much certainty they have in their work. New technologies are creating blue oceans of opportunity all of the time. With so much disruption, there’s never been more unfilled need. Finally, with so much change and so much innovation, there’s never been greater opportunity for someone who owns the access rights to their audience, because the people are the platform now.

These opportunities and many more are available to you if you’ve got the inquisitive mind and the skills to take advantage of them.