Why the Guild Wars 2 Economy Isn’t a Moneymaker 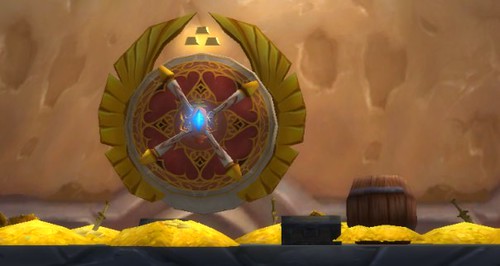 After having played Guild Wars 2 for 2 weeks, I’ve found a rather interesting comparison between its in-game economy and the World of Warcraft economy. In World of Warcraft, there’s a limit of 32,767 players who can participate in your faction’s Auction House, the in-game market. On some Warcraft realms, that number is significantly lower. Thus, the Warcraft Auction House often has areas of shortages in certain materials that are essential. There is significant scarcity, which creates opportunity for enormous profits, even as a low-level character, if you are willing to do the work to obtain those items and place them up for sale.

In Guild Wars 2, the Trading Post (the Auction House equivalent) is a global, shared marketplace with up to 3 million participants. Every item in the game is a commodity in high supply, often with dozens or hundreds of sellers constantly undercutting each other, sometimes below their cost of acquisition.

What does this mean for the entrepreneurial player? As of right now, Guild Wars 2 is a far more hostile place to try to earn some coin through speculation. The shared marketplace means that except for a handful of very high-end items, there is effectively no scarcity in game. No scarcity means that the price of goods eventually falls to the cost of production of those goods. The opportunity for arbitrage – obtaining a good at one price and reselling it at a different price – is extremely narrow.

For the average player, this is a good thing. It gives those players the opportunity to obtain goods at close to production cost, which means that leveling up a character’s trade skills doesn’t take an exorbitant amount of gold. For the entrepreneur, however, there is little opportunity to be found beyond high-volume, low margin trades and temporary, small swings in pricing. One forum poster joked that to make any money as an in-game entrepreneur, you need the skills and tools of a Wall Street trader, and you’re better off just gambling on Wall Street and taking your profits to buy in-game coins.

What can you learn from this? If you’re in a market with no scarcity at all, you’ve got a problem unless you are consistently the lowest cost provider. That’s why social media has become increasing difficult a place to work in: the general market is so overcrowded that there’s no scarcity of any kind. In order to make it useful to your business, you’ve got to segment out a portion of the market and identify the scarcity in it, then play to that particular scarcity in order to be effective, in order to make some money. If you don’t, you’re competing against a global marketplace where content is the commodity and it’s not the highest quality that wins, but the lowest cost of production. This, by the way, also explains why there’s an enormous river of crap being published every day.