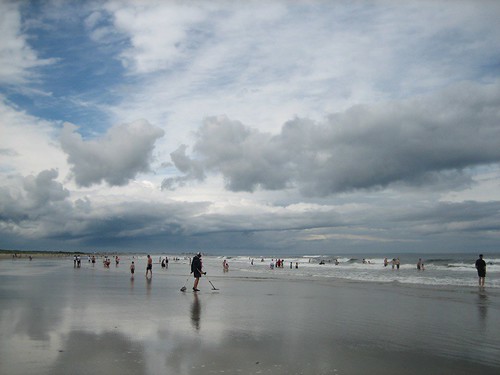 All of the details of the past slowly fade, washed away in the tides of time. Only the things that really stick with you remain on the beach; the rest, the ocean of time reclaims. Over the weekend, I was reflecting on my time in the email marketing industry and all of the people I worked with. Two statements stuck in my head, statements I learned originally from WhatCounts Chairman Dave Tiley and CEO Allen Nance, as their guiding views of how a company should work. When I first heard them, I kind of laughed. They were really obvious, really trite, and almost childish in their simplicity.

Do what we say.
Work as a team.

Surely, these folks who have built successful companies over and over again have more than just that?

It turns out that understanding these statements is easy. Doing them organizationally is, however, a Herculean task.

Do what we say. Sounds simple, right? Except that very often, we don’t do what we say. The expression I hear a lot in business is that the cobbler’s kids have no shoes. An email marketing company that has a terrible email newsletter or no email newsletter. A PR firm with no PR for itself. A marketing company with a website straight out of 1999. We don’t do what we say an awful lot. The worst case of this is when you make a promise – to a client, to a customer, to a colleague, to the general public – and then you fail to deliver. You don’t do what you said you would do, and you get lit on fire rightfully for it. Challenging statement #1 then is whether you do what you say, as a company, as an individual, as a marketer. Do you do what you say?

Work as a team. Again, trite and cliche, something that you’d see on an Initech banner or the corporate equivalent of the fortune cookie, your business card. Everyone puts teamwork and people first, everyone’s greatest asset is their people. Except it’s not. Very few companies ever work as a team. Very few teams even work as a team. The worst cases I’ve seen of this has always been in poorly run sales departments, where individual effort results in individual reward, but rarely can sales professionals see that team effort results in greater individual reward as well as team reward. In the absolute worst cases, some companies have so incentivized individual effort that people go out of their way to obstruct others’ efforts. Work as a team is incredibly hard when you have someone who has their own agenda, who isn’t a team player, who doesn’t recognize that at the end of the day, making the company suffer for individual benefit destroys the company, destroys the team. Challenging statement #2 is whether you work as a team – and especially whether your individual efforts help grow teamwork or derail it. Do you work as a team?

If you believe in these two statements, try living them in your work. See how very hard it is to actually do them consistently, day in and day out. If you can, the results will speak for themselves.