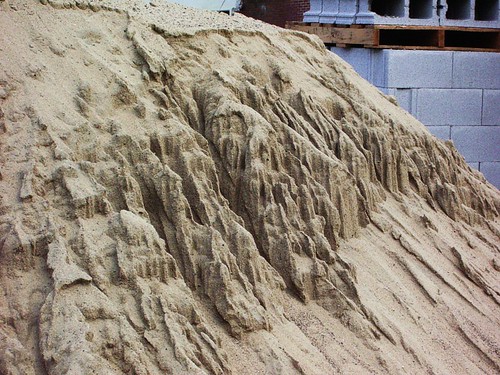 What does it take to tip over a decision in someone’s mind to take action?

What does it take to get people to share something, to make it “go viral”?

What do these two phenomena have in common?

They both share what’s called the self-organized criticality phenomenon. In their 1987 paper, scientists Per Bak, Chao Tang, and Kurt Weisenfeld documented this phenomenon by simulating the dropping of 28 million grains of sand on a table. At first, nothing of interest happened, but as the pile of sand grew, spontaneous avalanches would happen. Sometimes the next granule of sand would do nothing, and sometimes the next granule of sand would cause a massive cascade.

Author Mark Buchanan, in his book Ubiquity: Why Catastrophes Happen, said this of the testing:

“To find out why [such unpredictability] should show up in their sandpile game, Bak and colleagues next played a trick with their computer. Imagine peering down on the pile from above, and coloring it in according to its steepness. Where it is relatively flat and stable, color it green; where steep and, in avalanche terms, ‘ready to go,’ color it red. What do you see? They found that at the outset the pile looked mostly green, but that, as the pile grew, the green became infiltrated with ever more red. With more grains, the scattering of red danger spots grew until a dense skeleton of instability ran through the pile.”

“Here then was a clue to its peculiar behavior: a grain falling on a red spot can, by domino-like action, cause sliding at other nearby red spots. If the red network was sparse, and all trouble spots were well isolated one from the other, then a single grain could have only limited repercussions. But when the red spots come to riddle the pile, the consequences of the next grain become fiendishly unpredictable. It might trigger only a few tumblings, or it might instead set off a cataclysmic chain reaction involving millions. The sandpile seemed to have configured itself into a hypersensitive and peculiarly unstable condition in which the next falling grain could trigger a response of any size whatsoever.”

It wasn’t that any one particular grain was special – it was the cumulative effect of that many grains of sand that created system-wide instability in the sandpile that caused avalanches.

Now, let’s take a step back and toss in one more variable: what if the grains of sand varied in size? To see what would happen, you don’t need a supercomputer to model the effect, just some sand and a marble. Again, when the pile is small or flat, dropping a marble onto it has little to no effect beyond moving the grains of sand in the local area around the marble. Drop the marble when the sand pile has reached a state of systemic instability and you are much more likely to have an avalanche than just another grain of sand because the increased size of the marble will hit more of the red zone grains of sand in the pile.

One last concept that we need to review before we tie all of this together. A little while back, the very insightful Tom Webster made the statement that our current view of influence scoring tackles only one part of what Aristotle called an effective argument – ethos, pathos, and logos. In Webster’s post, (which you should read in full) he says that influence scoring as we know it today is effectively the quantification of authority only, or ethos. Emotional appeal (pathos) and logical reasoning (logos) are the other two factors that ultimately decide if an argument is persuasive or not.

So let’s tie all this back to marketing, going viral, and closing a sale. Imagine for a moment that Mr. Webster’s argument about ethos, pathos, and logos could have all of its parts quantified. Ethos x pathos x logos = the size of the argument’s ability to persuade, and you need all three for maximum size. Now imagine a piece of content that you’ve written as a grain of sand. The size of each grain of sand is determined by Webster’s equation of ethos, pathos, and logos. Suddenly you have a model of content-based influence that fits what we see in daily experience.

This clearly explains what we observe when we talk about something going viral. Everyone and their cousin is looking for the next singular viral hit or magic bullet that closes the sale. They’re looking at the wrong thing. If every piece of content, pitch, video, article, blog post, and email are grains of sand whose size is determined by the quality of your content creation multiplied by your influence, then it makes sense that you’d need to be creating a lot of content and building your authority simultaneously so that you’d be creating ever more frequent, ever larger grains of sand to add to your pile.

In the beginning, despite your best efforts, you’d still have a relatively flat pile. But as time went on and your quality and authority increased, the sand pile would get bigger and bigger until you reached a point where even “phoning it in” blog posts or emails still generated results, because your marketing sand pile would have achieved the self-organizing criticality where an avalanche was more and more likely.

This also explains the phenomenon we see in complex sales, where no one thing can clearly be attributed to the deal closer. Instead, your prospective customers remember a variety of things, from blog posts to webinars to mentions in social media, that ultimately persuaded them in total to do business with you. You created a mental sand pile in their heads with all of the content you generated until their decision making process reached that same critical state, one in which any of the next grains of sand could trigger the avalanche that made them choose to act and sign on the line. It’s why brand building and advertising works, even if it’s fiendishly hard to quantify – by creating more impressions, you add to the pile in your prospective customer’s head and the state of criticality in their decision making process.

To achieve maximum marketing results, you need more than just influencers with high Klout scores or a large audience. You need more than just great content. You need to combine influence with content over a long period of time to achieve a state of criticality with your audience such that your ongoing efforts create more and more avalanches, with the full understanding that the content you’re writing today might have almost no impact or might create a giant landslide.