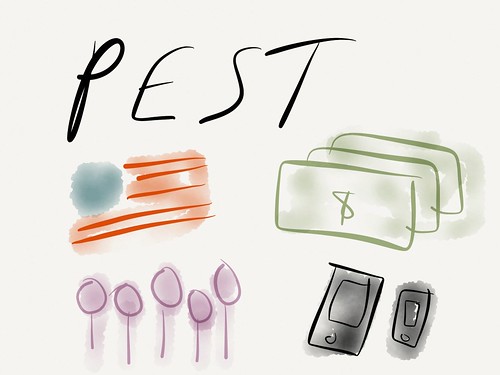 Have you ever heard of a PEST analysis? It’s not something you do with annoying people on Facebook or around the house. It’s a basic form of business analysis that looks at four key “big picture” factors that might influence your business, factors in the environment around you and your company. These factors are political, economic, social, and technological. Let’s take a look this week at what these might mean for your business and marketing efforts.

If there’s one area whose impact is highly unpredictable, it’s technology. An investor sitting at the top of the game in 2006 with heavy positions in MySpace would have been shocked by the myriad twists and turns of that service to the present day, and today’s investors in services like Facebook are likely in for just as many twists and turns.

Likewise, companies and marketers are constantly being buffeted by the changes in technology, the rise of the smartphone, the near-ubiquity of wireless Internet access in major population centers, and the endless platform wars. Where do you even begin to come up with a strategy for trying to manage technology?

The most important thing to understand about gaining some control over technological chaos is Geoffrey Moore’s concept of crossing the chasm. Much of what you see in the news, especially on tech-heavy sites, is early-stage stuff that never makes it across the chasm. Early adopters get excited, the new technology or service makes a lot of noise, but ultimately it fails to be adopted.

Once something crosses the chasm into the mainstream, that’s when it becomes important and worth implementing beyond a trial capacity. In order to identify those trends successfully and in a timely manner, you need a large audience and wide-open eyes. Look around the world and see what’s appearing and becoming commonplace. Listen to the words that your customers and prospects are using. Get out from behind your desk and in the field, go to conferences and trade shows, and see firsthand how people are using any given technology of the day. 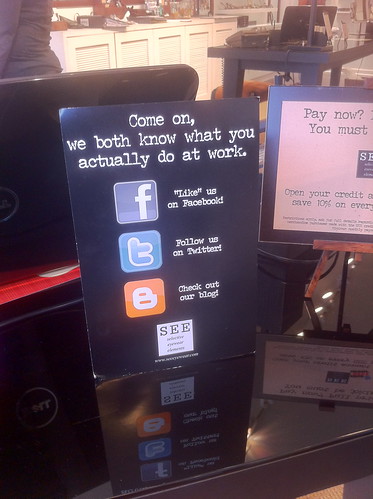 In all of my travels, I have yet to see Google+ be anywhere as close to being ubiquitous. When I start seeing it at the fast food restaurant, at the doughnut shop or the coffee shop, at the car dealership, then it will have crossed the chasm and exploded into the mainstream.

Should you try early adopter things? Absolutely. Try them out, see if they work for you, see if they’re worth investing a little time or money in, but don’t stress out about being on every social network or on every new device. When you see the first average, non-early adopters really digging in, that’s when you should get serious about budget and energy invested in any given technology. That’s when it belongs in your PEST analysis and when it belongs in your overall strategy.