A baseball parable about politics

Once upon a time, there were two baseball teams, the Red Sox and the Yankees. Each team did its thing, and the owners made money, the players made money, the advertisers made money in the stadiums and on the televisions, and all was more or less well. Fans got to root for their teams and enjoy $7 hot dogs and mediocre beers while cheering from the seats. Occasionally someone even hit a fly ball into the stands and made everyone happy. 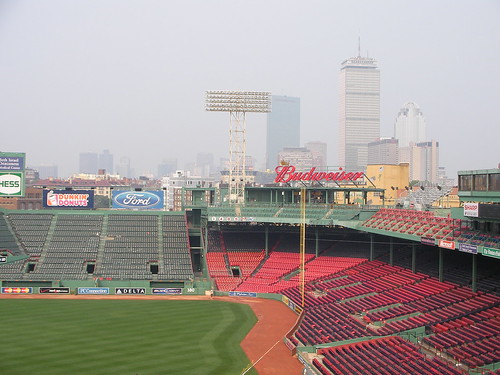 Then a rivalry developed between the two teams. Each team’s fans became more ardent supporters of their team and detractors of the opposing team. Red Sox fans didn’t like Yankees fans. Yankees fans didn’t like Red Sox fans. The rivalry grew intense over the decades, but strangely, it didn’t drive people away from the stadiums. Quite the contrary – people flocked to see their teams and cheer for their teams more than ever.

This in the world of propaganda is known as a granfalloon, or minimal group paradigm. We create a largely meaningless distinction and divide people along that distinction until we’ve created two or more ardent camps that will do actual physical harm to each other.

Now let’s port this idea over to the realm of politics. We have two large teams in the United States, the Republicans and the Democrats. We have owners – the campaign funders who benefit from the decisions made by lawmakers of each party. We have players – the elected officials we put in office and their appointees. We have advertisers and media who benefit from the enormous sums each election cycle. And we have the fans – us, the citizens.

And the fans – we, the people? We get the equivalent of $7 hot dogs and beer, get to root for our teams, get to be divided into our respective camps and incited to violence for the benefit of the owners, players, and other interests running the show. One nation, indivisible? Hardly.

The next time you have a knee jerk reaction to someone or something because of the political label on it or them, take a step back and recognize that you’ve been played by the moneyed interests and transformed from a rational human being into a rabid fan. Mentally remove your team jersey, put away the meaningless bluster you’ve been asked to recite by your team, and give some actual critical thought to what’s in front of you.