I often say that serendipity is a wonderful gift and a terrible strategy. Serendipity is the encouragement of spontaneity, such as running into a friend, fan, or follower at a conference and finding out there’s a business opportunity there.

By its very nature, it is unreliable and unpredictable. Making serendipity part of your marketing plan is a disaster waiting to happen because of its disconnected, nearly random nature. That said, just because it’s not reliable doesn’t mean it’s not valuable – quite the contrary. Some of the most valuable friendships and business partnerships you can achieve are through serendipity. 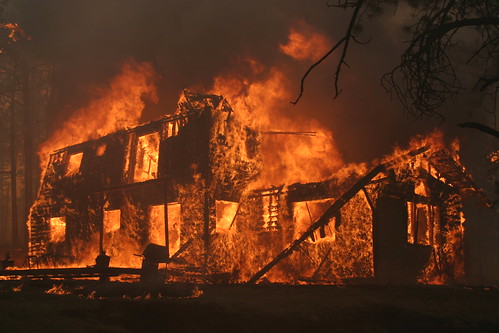 Forest fires don’t burn well without something to burn. A sparse forest offers few chances for flames to jump from area to area. Conversely, a forest with lots of tinder, lots of kindling, and lots of wood to burn for a long time will sustain a great fire. Think about that when it comes to the content you’re creating. A thousand tweets alone are akin to dry leaves everywhere. They’ll make a bright, big flame for a minute or so, but then they’re gone and without anything else, there’s no fire. Conversely, a massive blog without any other smaller bits of content will certainly burn for a long time, but it’s going to take forever for it to catch fire.

Equally important, all of the tinder and wood in the forest in a single big pile will certainly make for a big bonfire, but if you’re trying to catch the serendipity of sparks, having things spread out a little more will make it more likely that something will catch alight. To that effect, if you have a network of friends or coworkers, make sure they’re blogging and using social networks as well, and not just on the company website, but on their own properties as well.

Forest fires don’t generally spread well when it’s pouring rain. Some of the things you do in social networks likewise create “rainy” weather, dampening the conditions for sparks to catch fire, such as setting your networks’ privacy settings to friends only or not making use of public subscription mechanisms. If you’re concerned about privacy, set up a private social network identity for friends and family that is locked down so you can safely share photos of the kids, etc. in relative privacy, then have a public-facing identity separately that can be socially visible.

Some things to check:

The last thing a raging wildfire needs to get started are sparks, whether from lightning or a careless match tossed in the woods. In the discussion of social serendipity, the sparks are within the people in your network itself, piles of flint and steel. Are you building your networks for the present or the future? Are you aiming for the short term or the very long view? Because of its unpredictable nature, serendipity almost demands a long view, a long-term plan for growing a network. Put as many people as practical in it now and in the days ahead, but don’t worry about being too selective. Today’s intern is tomorrow’s marketing director, and may be the spark that lights a giant fire.

Wait for the fire

The last part is hardest. You’ve got the fuel. You’ve got the right climate. You’re milling around, seeing the sparks start to fly. Keep creating fuel. Keep the air dry and the winds blowing. Keep engaging and conversing, making sparks. Then bide your time for one to catch. It’s not easy and it’s not immediate, which is why serendipity is a poor strategy. But when the fire does catch, if you’ve done everything else right, you’ll have an impressive blaze that will last for some time.