What Thorium Ore Can Teach You About Profitability

Everyone is always chasing new. There’s a ton of competition in new. Whether it’s social media, mobile marketing, or World of Warcraft, people love new stuff. They’re starving for new stuff constantly and sometimes are willing to pay top dollar for new stuff.

In World of Warcraft, there’s a profession called mining which involves picking up rocks off the ground. (not exactly like real mining) In each new version of the game (currently Cataclysm), there’s a new set of rocks that are highly desired (currently Elementium and Pyrite). Competition is fierce for them, because you can melt them down and turn them into armor, weapons, and other trade goods. 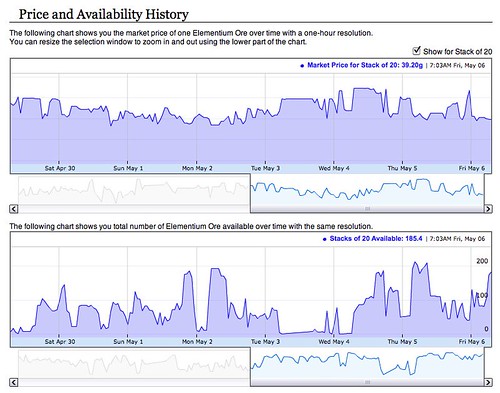 At any given time, there are thousands of piles of the latest and greatest rocks in the in-game marketplace.

However, there’s an equally powerful market in-game that is woefully underserved: the rocks from 3 game versions ago. 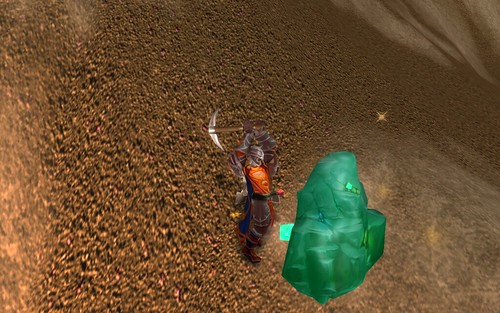 Let me introduce you to Thorium Ore, found in lovely places like Silithus. Thorium Ore is boring. It’s in remote, unexciting zones. 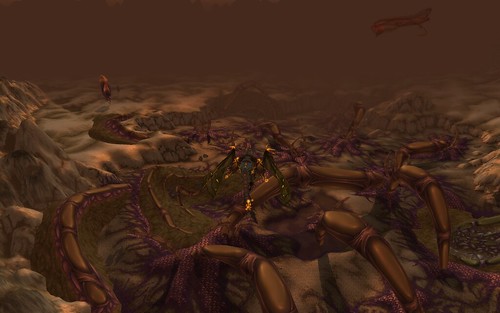 Here’s Silithus, a part of the virtual world where thorium ore is plentiful, if filled with very large insects. It’s not a fun or exciting place to be. No one goes there. No one wants to go there. Certainly, no one wants to be mining there when there are the new shiny rocks to be had elsewhere. 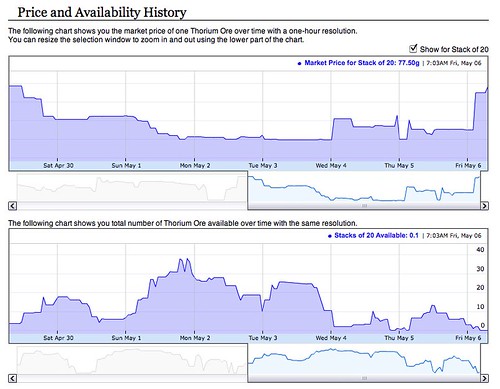 Here’s the secret of thorium ore: for players at lower levels, it’s one of the most needed metals in the game to level your profession. No one wants it. No one wants to go get it. But a whole bunch of people need it, and as a result are willing to pay for it in the in-game market at a premium price, a price that is almost double what the new, shiny rock is worth! This is the recipe for incredible profit: high demand, no supply, no competition.

As everyone madly rushes to become a social media guru or a mobile marketing expert, ask yourself this: what other areas of marketing and media are being left underserved? What other aspects of your trade, your industry, your niche are being neglected as everyone makes a mad rush for the shiny object of the day? It is there you’ll find some amazing profitability because chances are, you’ll have almost no competition, and as long as there’s still need, the price is yours to name.