The suitcase is packed again 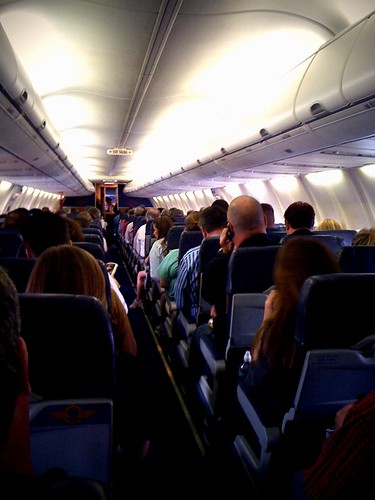 The suitcase is packed again and it’s off to distant lands, this time for well over a week. I’m headed out on a vacation to someplace that’s almost-new, that I’ve almost never been to before – Seoul, South Korea. I say almost because once upon a time, long ago, I was born there, in a time when things weren’t nearly as good as they are now.

I tell you this not because it’s a particularly interesting story in and of itself, but as a living testimonial about the success of adoption. The mother I was born to recognized she wasn’t able to provide the kind of life she thought I should have, so shortly after I was born, I was adopted and sent over to the United States of America to live and grow up, which I did quite happily and became the person you know me as today.

Adoption is one of the best solutions for people who want to have kids but are thinking about the impact of yet another human being on a planet full of nearly seven billion of them. It’s a crowded place that we live, and giving a child whose life ahead might not be filled with as much opportunity a chance in your home is an incredible gift to give if you’re able to do so. Adopted kids like me love their adoptive parents just as much, if not more, and go on to very interesting lives like mine.

Now I head back on vacation, not to see what I missed, but to celebrate what South Korea has become in the decades since I left and see the sights. I’d never trade what I have in this lifetime, but I’m excited to see how the land has changed from what I read growing up to being the technological and industrial powerhouse it is today.

While I’m away on vacation, you’ll be seeing guest posts on the blog from a few folks I asked to think about the awaken your superhero theme. I think you’ll actually get more out of those folks than you do from me on the topic, so I look forward to seeing what they have to teach.