Knights in shining armor to the rescue

If you’re looking for the next big thing, the next niche, the next area where tons of money is just waiting for you to come over and scoop it up, you’re about to read about it. Ready?

What do I mean? Simple. Look around you. Look at the world, look at your business, look at the ever-changing, ever-evolving state of media, at the finite number of hours per day and the dwindling resource known as attention. 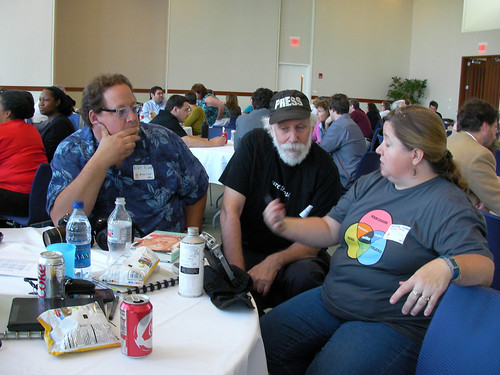 Attention deficits aren’t going to get better any time soon. You need only look at the front pages of Mashable and Techcrunch to see that more and more people are working tirelessly to disrupt and distract you every minute of every day. While you’re distracted and diverted, your business is crumbling out from underneath you.

Those people who specialize in rescues for when you really screw up are going to ride this macro trend to the bank and back, several times. Folks like my personal productivity magician, someone, who can literally rescue an entire week by being in the right place at the right time with the right resources. Folks like Whitney Hoffman who can foresee and fix all the areas you’re about to totally screw up in contracts because you have the attention span of a gnat and can’t be arsed to actually read the fine print. Folks like Amy Garland who go over every little detail and silently apply exactly the right corrections while the rest of the world runs around like poultry on fire so that the right people get the right messages and things just run.

How will this make you money like crazy? Simple. A regular plumber costs a certain amount an hour. An emergency plumber to come fix your busted water pipe at 2 AM on a Sunday will charge you several multiples of that rate. A regular car costs nearly nothing to go to the hospital. An ambulance ride costs exponentially more. As your attention continues to shatter and fragment, assuming you don’t willfully rein it in, more and more things in your life will require rescuing. There will be more scrambles to replace failed hard drives in servers, more scrambles to get a landing page up on your web site for a campaign you launched but forgot you launched, more flights you dash to the airport for because you forgot you were going somewhere.

If you specialize in rescuing other people from their lack of attention, you’ve got a secure future and with the right client base will basically be printing money as fast as you can. You, the operators, will swoop in to the rescue and patch our screwups and attention deficits quickly, but at an exorbitant price which we will gladly pay.

If you want to protect yourself from those prices, you’ll have to invest now and pay… attention.