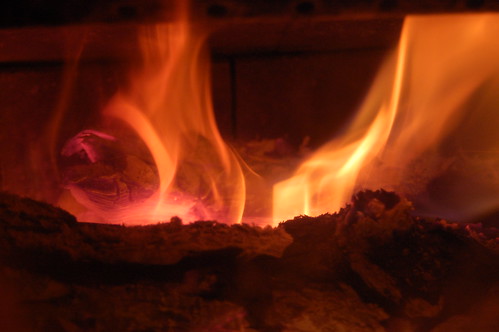 I was talking recently with Jon Merz, author of the Kensei (if you dig vampires, definitely grab a copy) about how some authors can move much more inventory than others with the power of the email list a little while back. He was wondering how it was that some authors are able to throw out a newsletter and clock in thousands of dollars in sales in a few days, while other authors who are equally or more talented don’t manage that.

Unquestionably, having a good product is where you start in the big picture. If your writing is terrible, then no matter how good a marketer you are, you will not create a sustainable following that will buy everything you publish, from Tolstoyesque masterpieces to random scrawlings on a napkin.

That said, once you have a solid product, you have to start marketing it, and marketing is all about building the audience that wants your product. As much as some folks like to say that numbers don’t matter, the unfortunate truth is that numbers do matter a great deal.

I like to make the analogy that starting a marketing program is a lot like starting a fire. In the beginning, there’s a lot of smoke, heat, and light as you ignite the tinder and get the kindling burning. Once you’ve got a few coals, the heart of your fire – the heavy logs – can go on and make a sustainable, warming fire. It won’t be as flashy as those first few moments, but you need those first few moments of ignition to get everything rolling.

In the case of the author, you absolutely want to put some large numbers of eyeballs on your various properties to start. While you’re writing, spend time building your audience. Grow your database as quickly as time and budget will allow. Gain permission from as many people as possible to communicate with them about your upcoming project. Identify hubs of influence in the audience you’re targeting and get them involved as soon as possible so that they’re able to communicate to their audiences at launch. Use as many audience capture methods as you can get away with to build your initial base.

In Jon’s case, he’s got a relatively rich niche to start from. Go check Twitter search for the number of people tweeting about vampires. Yes, a decent number of them are the Twilight/Vampire Diaries crowd that might not stick around, but a subset of them will. Follow the heck out of them. Get them to visit the web site, hit them with ye olde popup, and get sending to them with stuff they want.

Over time, you’ll see that initial audience wear down, like the tinder of a fire. You’ll replace your initial flashes of light and heat with the heart of your audience that still wants to hear from you and participate in your work. These are the coals, and what throws more wood on the fire are word of mouth programs. All other things being equal, like interests attract like people, so having a strong word of mouth program will build that audience base. Give rewards to those who share more prolifically. Create a sense of exclusivity for your base with stuff that they get first.

Can you start with a word of mouth program and purely organic audience growth? Yes, if you like frustration, in the same way that you can start a fire eventually by taking your largest log and repeatedly holding matches to it. Eventually, it’ll burn as long as you have enough time and matches. Most people, however, don’t have an unlimited supply of either, just as you don’t have an unlimited supply of time and budget to wait for a marketing program to slowly catch fire.

Should you worry about things like conversion rate, calls to action, design, metrics, analytics, page layout, etc.? Absolutely. They’re critical pieces of your marketing infrastructure. However, none of them matter if you don’t cross the first hurdle of finding people to join your audience. The richest hickory Yule log is nothing more than a decoration if you don’t get it to catch fire.