There is no secret sauce

There is no secret sauce 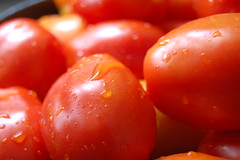 If there’s one expression I’ve heard over the years that demonstrates an executive’s lack of understanding about how business works, it’s the idea of secret sauce, the concept that your company has some secret methodology or recipe that makes you incredibly successful and powerful. Everyone’s questing for this sauce. What’s the right mix? What are the ingredients? The truly paranoid obsess over the theoretical secret sauce of other companies.

There is no secret sauce.

None. The recipe for Coca Cola was derived using gas chromatography decades ago. The Colonel’s 11 herbs and spices have largely proven to be a myth, again thanks to food laboratories. Go read William Poundstone’s Big Secrets if you want the actual recipes.

Your business doesn’t have a secret sauce, either. Unless you’ve got a product that absolutely no one else has, your “secret sauce” is probably in use in some form or fashion at every one of your competitors. The only exception to this might be if you’re deeply incompetent, in which case there are probably ingredients in your sauce that no one wants.

In the grand scheme of things, how much does the secret sauce matter? Let’s take it literally:

The secret sauce matters much less than having staff that can serve patrons well, having the restaurant open when people want to eat, having a chef that can cook competently, having prices that patrons are willing to pay, and having a product of good quality.

The reality is that if you or your management team are obsessing over a secret sauce, you’re basically asking for a magic wand to fix problems in your business that you’re in denial about. If you’re obsessed over your sauce and someone else’s sauce, you’re probably going out of business soon.

Stop obsessing over secret sauces and start making sure your business is performing the basics well. You’ll sleep better at night, your business will run better, and who knows? With all that stress relieved, you might feel creative enough in the kitchen to one day invent a new, secret sauce.