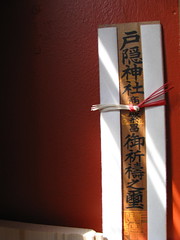 The ninja warriors of old were greatly feared by their adversaries – shadowy operatives with superhuman powers that could single-handedly turn the tide of battle or bring clandestine death to their enemies. The ninja were capable of nearly any feat, from vanishing in a cloud of smoke to mind-controlling their enemies. Facing a ninja on the battlefield without a lot of backup meant a nearly guaranteed defeat, if not death itself.

Of course, like most historical legends, there’s a little more to the story. In many cases, there was far more than a single, lone ninja agent at work. To a guard at a fortress, however, one masked ninja looks just the same as the next, a misperception the ninja were all too happy to take advantage of. Assuming that a soldier survived the encounter, the ninja they faced off against yesterday wielding a sword might in truth be a completely different agent with different skills than the one they’ll face today with a battle-axe. The ninja fostered the legend of the ultimate warrior to serve them well, making opponents fear them and mentally defeat themselves even before the battle started.

What’s the common thread with your personal brand? Look behind the scenes of any major persona that you follow and you’ll find a veritable army of folks that make up that persona. You’ll find secretaries, marketers, assistants, organizers, agents, and others working in the shadows to make the public persona as successful as possible.

In many cases, the people who make up the machine behind a popular personal brand aren’t seeking any particular fame for themselves, or are at least willing to subordinate their own desires for the success of their employer. Their background work gives the public persona a perception of being far more skilled and competent in a variety of practice areas than the person behind the persona may have.

How do you make this work for you? If you’re looking to build your own personal brand, start looking for opportunities to collaborate and work with others, especially with folks who have complementary skill sets and skills in areas where you have significant personal gaps. Think of it as your own personal ninja clan of sorts. Contribute your own skills to their areas of need and you’ll strengthen your clan and every member in it. Like the ninja clans of old, you don’t actually need to be a master of everything – just be excellent at a few things, and turn to fellow clan members for the areas in which you lack strength.

Ultimately, the goal is for each member of your clan to appear to have the skills of the whole, for you to be seen as a consummate expert alongside your fellow clan members – and the general public may have absolutely no idea that you’re all working together.

Who’s in your ninja clan?