Social media success and the idea of sensei 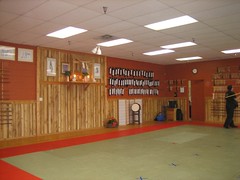 Sensei is an interesting term in Japanese culture and the martial arts. Traditionally, most people translate it as “teacher”, and the term is applied as an honorific to doctors, lawyers, teachers, and others of high esteem. If you dissect its meaning and characters, it literally translates as “before born” in the sense of someone having gone before you, blazing the trail ahead. A sensei is someone who has gone before you and has experienced all of the things that you as a student are running into now.

For example, in a particular martial arts kata (routine or exercise) I remember stumbling over one movement time and again, and my teacher helped me to get past that because he’d made those exact mistakes when he went through the exercise. Now, as an apprentice instructor at the Boston Martial Arts Center, I see my juniors going through that exercise… and making those same mistakes, which I then help them to get past, relying on my teacher’s advice to me.

What does any of this have to do with social media? Here’s what: unlike martial arts, where you have to rely on slightly fuzzy (or very fuzzy, depending on how many times you’ve been hit in the head) memories of what someone has gone through, in social media you have a gigantic written record in our blog histories. Justin Levy made this point at SMJ Boston, and it can’t be underscored enough.

Want to know how folks like Chris Brogan or CC Chapman got to where they are today? Want to achieve things similar to what they’ve done? Look back in their blog histories. Look what they did to get things rolling – like Chris Brogan’s Grasshopper New Media (does anyone remember that?) or CC’s Random Foo productions. Look back at the original PodCamp from 3 years ago (seems longer than that, doesn’t it?) and see how that got started.

(Food for thought: if you live on Twitter, this historical record is much, much harder to come by. Keep your blog alive too.)

The end goal of a sensei in the martial arts is for a student to surpass their teacher so that they can explore, learn, and grow together as colleagues rather than in a rigid hierarchy of student and teacher forever. Once you get to a certain level of expertise, each begins to learn new insights and share them with the other so that both can flourish. Each has something to teach the other and to learn from the other.

As you develop your social media skills, as you look back at the written record of where we’ve all been and where things are going, remember to catalog your own insights so that when your juniors are coming up through the social media ranks, you can share with them all you’ve learned as well.