6 tips for surviving a recession, taught by World of Warcraft zombies 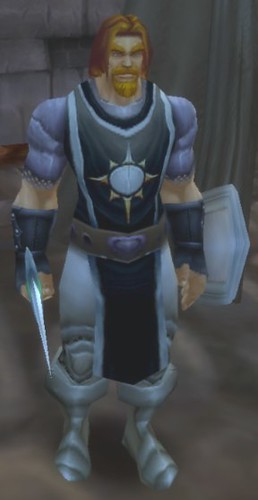 If you’ve dabbled at all in World of Warcraft recently, you know about the great zombie invasion. If you haven’t, here’s the very short version: a zombie plague spread throughout the game as a promotional event for the new expansion pack. The mechanics of the zombie invasion are simple: zombies spread their infection, causing other players to turn into zombies or die. The mechanism, as set up in the game, was so virulent that it effectively killed off populations of entire cities and made whole parts of the game unusable.

So what does this have to do with a recession? The zombie invasion also destroyed players’ access to the in-game Auction House, which is more or less the hub of the Warcraft economy and the central free marketplace. However, instead of banks not lending, the zombie invasion simply killed off all the auctioneers and auction managers. The net effect, however, was the same as in the real world economy – players, teams, and guilds were effectively denied access to the marketplace, credit, and trade.

2. Stay away from danger. If you weren’t a high level player, the moment you entered one of the capital cities, you were either turned into a zombie or just killed outright. Only by staying on the fringes and frontiers of the game could you outlast the zombie invasion. The same is true in the recession. Capital markets, investments, real estate, any area of the economy which is “infected” by the financial contagion, is a deathtrap. Only the strongest “players” should even consider being in those areas, and even that’s no guarantee that they’ll make it. If you’re not one of the strongest, the edge, the frontier, the fringe is where survival, if not prosperity, lies. If you’re not involved in things like social media, new media, and the like, you should be. This is the frontier.

3. Make powerful friends. During the zombie invasion, if you were a low or mid level player and you had to go into a dangerous or infected area, you needed a high level player escort or even a team of high level players just to get you to and through the area quickly and safely. Those players who belonged to guilds had access to level 70 (maximum level) players who could get you in and out without certain death. The recession means the same for you and your company, especially if you’re a small business. Strong partners can help provide additional cover. You still have to pull your own weight, but help from your friends and community can mean the difference between making it and not making it.

4. Go back to basics. Without access to markets, if you needed gold in the game, you had to go back to the grind of killing other creatures, completing quests, and non-market mechanisms. The profit from such activities is typically much lower than when you have access to the marketplace, but it got you by and helped you meet expenses. In the recession, back to basics and bootstrap financing is the name of the game.

5. Cash is king. In the game, rare and unique items often sell for huge piles of gold in the Auction House. That Netherstalker Helm of the Bandit can fetch a tidy sum – but only if you have access to a marketplace where it can be bought. With no marketplace, that piece of armor is effectively worthless, because you can’t barter it for armor repairs or food. Only gold matters in a zombie invasion if you don’t have access to the market. If you know access to the market will be restored, you hold onto your valuable game items to sell at a later time, but they’re not helpful otherwise. In the recession, if you can afford to hold your existing investments, you should, but only cash matters. Cash is king, cash is immediately usable, and no matter what you think your investments are worth or what you paid to get them, you can’t use their inherent value as cash.

6. There is an end. The zombie invasion was part of a Blizzard promotion for the expansion pack. It was generally accepted that it was a major game event and would be finite in length, though no one knew how long it would last. The strategies we all undertook to endure and outlast the zombies worked, but we knew they were finite. The same is true in the recession. Things are bad. Things are very bad. Things will not always be bad. If you can outlast the recession, if you’ve got the ability to bootstrap your cash needs, then you’ll be in great shape when the recession ends.

Whether you’re fighting the recession or zombies, see if these tips can work for you. And remember, zombies and recessions both love brains. No matter whether you’re in a virtual world or the real one, that’s the most powerful asset you have.