Let’s begin our review with the 1 year view of the Dow Jones Industrial Average: 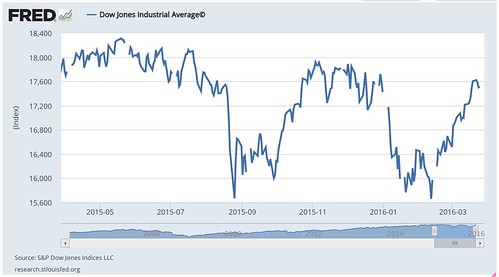 After a shaky start to Q4 and a very sharp selloff at the beginning of Q1, we appear to have regained territory. No cause for alarm here, and if you went contrarian and bought in January, chances are you’re felling really good right now. In the big picture, we’re still plateaued, but for now, things look reasonably good. 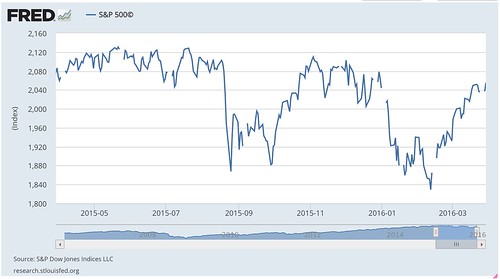 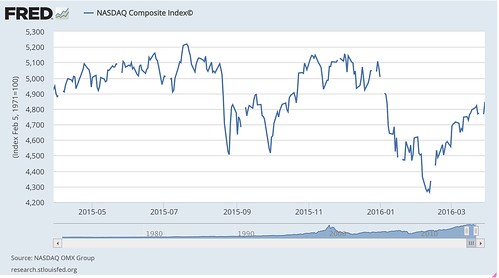 Let’s check market volatility, via the Chicago Board Options Exchange VIX. The VIX measures how volatile the market is; the more volatile, the more unsettled investors feel. 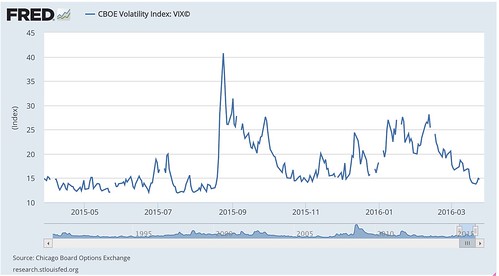 We see the complementary pattern to the major indices above; while volatility is above mid-2015 levels, it’s significantly down from Q4 and early Q1. Overall, the stock markets appear to be in good shape.

Let’s turn our attention to the banking system. We check 30 and 90 day LIBOR, the London InterBank Offering Rate. The more risk in the economy, the higher LIBOR is. The higher LIBOR is, the less banks trust each other and the more they want to hold onto cash. Unlike the American stock markets, LIBOR takes into account global instability. 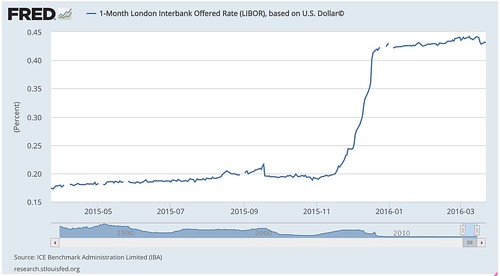 30 day LIBOR shot up at the end of Q4 and hasn’t come back down since, almost tripling. The same holds true for 90 day LIBOR: 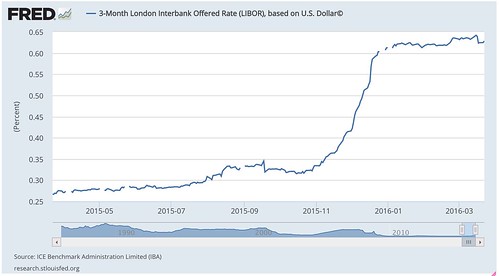 Banks are feeling cautious. These levels aren’t nearly as high as during the Great Recession, but the rapid climb and steady plateau indicates a need for more safety on the part of banks lending cash to each other.

Let’s look at mortgages. How does the 30 year fixed rate mortgage rate look? 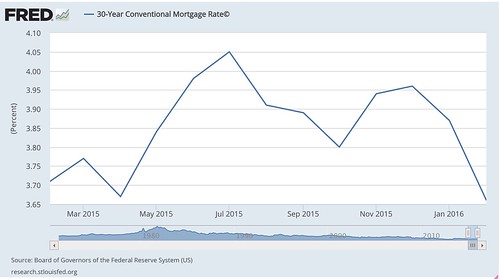 Contrary to market predictions, interest rates fell again significantly, putting them down at near historic lows. 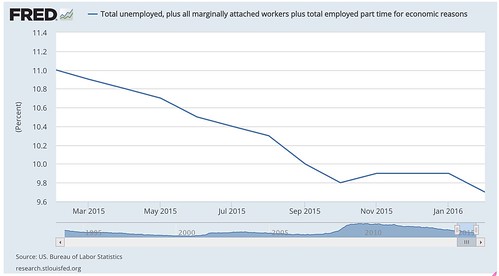 Despite the dire words of politicians on the campaign trail (everyone has an agenda and something to sell you), total underemployment is down to almost pre-Great Recession levels. This is all unemployed people, plus marginally attached workers (day labor, etc.) plus people working part time who used to work full time. The jobs number is a very strong number.

So we’ve got a bit of a mystery. The American economy as a whole appears to be stable and strong, with affordable mortgages, strong employment, and rising stock markets. Why are banks reluctant to part with cash?

The answer is: not because of America. Let’s look overseas at the MSCI Emerging Markets index, an aggregated index of the economies of 23 nations:

Here we see the same bounce as in the American markets (owing to the American economy’s outsized influence on the global economy). While rebounding, growth is still low.

The Baltic Dry Index also remains at near historic lows:

BDI is the going cost of ocean-borne cargo container shipping rates. Unlike other indicators, it’s lagging; you don’t speculatively buy lots of cargo space you don’t need. Above, we see that companies are still not buying up shipping space; prices remain low. 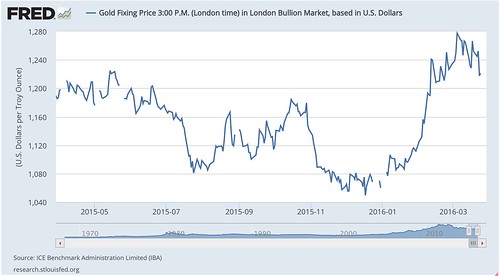 Again, we see a flight to quality. Globally, investment in gold has pushed prices up significantly in the first quarter.

We know something is dampening the global economy. What? The OECD’s global consumer confidence levels finally tell the tale: 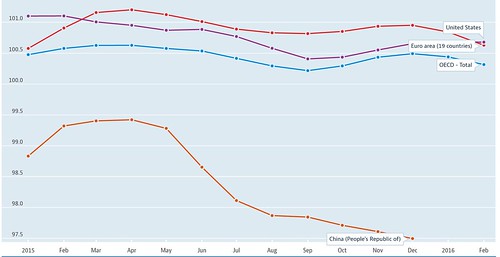 While the OECD as a whole is down slightly in consumer confidence, what’s brought down the rest of the world is China. The People’s Republic of China is applying significant drag to the global economy.

How does this affect us?

For one thing, almost every American presidential candidate is making a lot of noise about the dire state of the American economy. The overall American economy is quite healthy, healthier than the rest of the planet.

For marketers, if you don’t have much global exposure to risk, the year appears to be turning around. Going into the second quarter, stock prices are rising, volatility is low, prices are relatively cheap, and consumer confidence in America is high.

B2C will see benefit first; consumer spending has to work its way up the supply chain before B2B sees the impact. That said, there is just cause for optimism for both B2B and B2C marketers.

Don’t buy into the self-serving lies of politicians and pundits with something to sell you. Right now, the macro economy looks fairly good.

Disclosure: I am invested in several funds as part of retirement planning, but do not track or purchase individual equities. I receive no compensation from any organization, category, or vendor in this post.