In defense of busy

One of the popular memes these days in business press and media is to say how out of vogue “busy” is. You’re not supposed to be busy. It’s not fashionable to say you’re busy. Busy means you planned ahead poorly. Busy means that you’re inefficient, ineffective, or outright unintelligent. Busy means you make poor choices.

Well, the contrarian view I offer is this: busy is part of reality. Try telling a retailer that busy is bad in the run up to the holidays. If you’re very lucky, you’ll be shown the door without a swift boot in the ass to accompany it. Try telling a police officer at a protest that he’s not supposed to be busy, that he should be pacing himself better, that he shouldn’t just react to every little thing. Try telling a CEO of a company whose stock is down 54% that things are actually okay, they just need to prioritize and be more efficient. 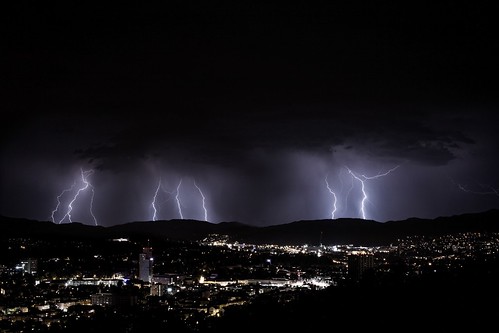 Busy is part of reality in the same way that storms and bad weather are a part of reality. It doesn’t storm all the time, but when it does storm, you’d better be ready to deal with it. Now, if it’s storming all the time, that might indeed be a sign that there’s a problem in the environment you work in, but even then, it might be natural for the industry you work in. If you live on or near Mount Waialeale in Hawaii, it rains between 330 and 360 days a year. That’s natural and normal for there.

Yes, it’s okay to be busy. Yes, it’s okay to have fires you need to put out, or chainsaws to juggle, because human beings are a part of nature as well, and that means tides of business ebb and flow. There will be times when you are flat out, all out busy. There are times when you’re going to clock that 12, 14, 16, or 18 hour day. That isn’t a sign that you have failed unless it’s the majority of your time and you don’t want it to be that way. If it’s that way by choice, then carry on.

What matters most about busy isn’t that your business or your work life will get busy, but your reaction to it. The folks I know who are most successful in life simply get down to business, in the same way that the folks who weather storms well accept that the storms will come and batten down the hatches.

Plan ahead, definitely. Be as efficient and as effective as you can be. But if life sends you storms, don’t give into the pop culture meme of believing you’re somehow a failure because you’re busy. You’re weathering the storm, just like the rest of us.