Every now and again, something bugs me, a little voice in the back of my head that says, “Go take a look at some other data sources to see a bigger picture”. This stems from my years in financial services, where every chart held the potential to be the insight you were looking for to get an edge. That little voice comes and goes – sometimes, I’m so immersed in the world of marketing that it’s quieted. Other times, when I have some breathing room and thinking time (like on long holiday weekends), the voice reasserts itself.

I decided to listen to the voice and check out the landscape. Let’s see what the financial runes tell us.

On the one hand, initial jobless claims appear to be near a bottom. All other things being equal, this is generally a good thing: 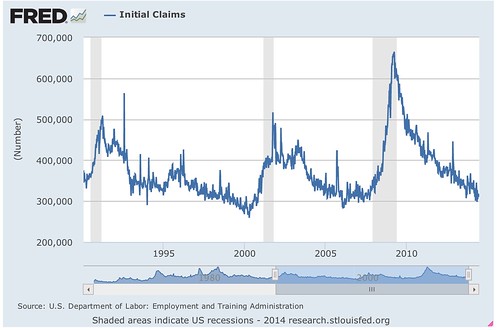 So why doesn’t it feel so good when you head out into the real world, when you walk down the streets of your town? 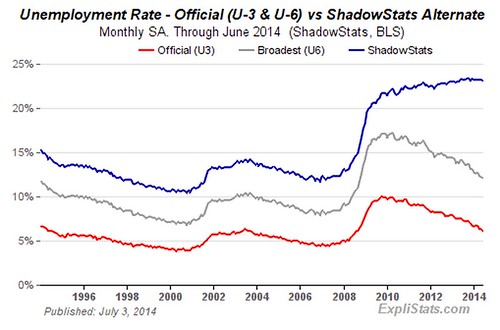 Part of the reason may be because there are a lot more people who are not fully utilized. The official unemployment rate is closing in on 5%, but the U-6 measure of everyone who isn’t being used to their fullest capacity (and thus not hitting their fullest earning potential) is still significantly higher, around 12%. If you look at pre-1984 long-term discouraged workers (people who are no longer counted anywhere), the number of people who aren’t doing as well as they could be is nearly 23%.

Then there’s the other side: the expenses. There are two semi-permanent invisible taxes on us right now (at least in America):

That’s oil. Brent Crude has been hovering over 100 a barrel for more than 3 years. Generally speaking, take Brent Crude and divide it by 4 and you get retail gas prices, which have indeed been in the3.50 – $4.00 / gallon range for quite some time. That’s an invisible tax on everyone who drives or rides to work, and an invisible tax in the form of price boosts to everything that requires petroleum products to be made or transported.

Here’s the second invisible tax, a side consequence of the persistently high oil prices: 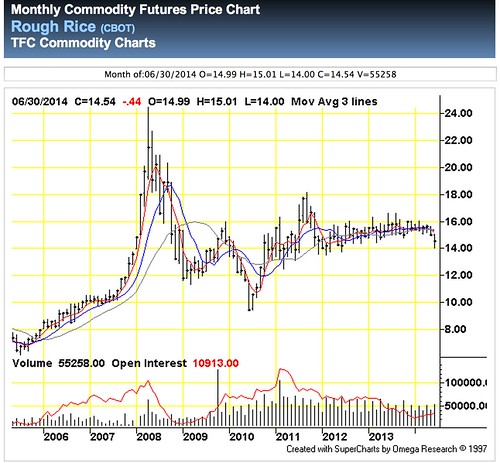 That’s the price of rice, rough rice by the Chicago Board of Trade, the CBOT. The price of one of the grains most eaten in the world has been consistently high for about the same period as Brent Crude. When the price of food goes up, it imposes another invisible tax on your wallet. It’s not just rice, either: 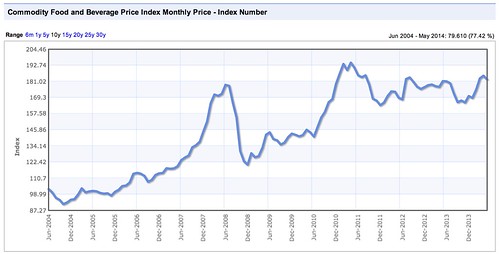 That’s all food and beverage commodity prices. Between energy and food, life is more expensive.

These invisible taxes impact our ability to buy stuff, as shown here: 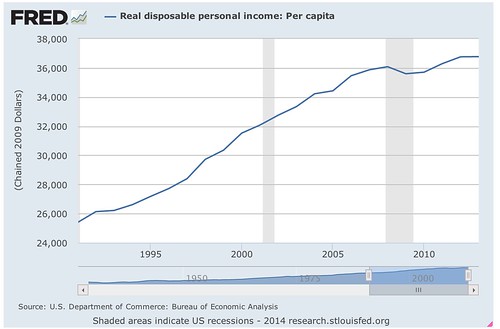 Real disposable income is leveling out, and has been for years. If you did a basic trend line from 1990 to 2005 and extended it to 2014, real disposable personal income should be about $3,000 more per person than it currently is. Those invisible taxes are taking their toll.

Don’t forget about real taxes, too: 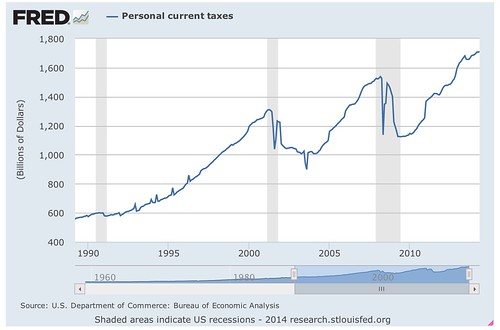 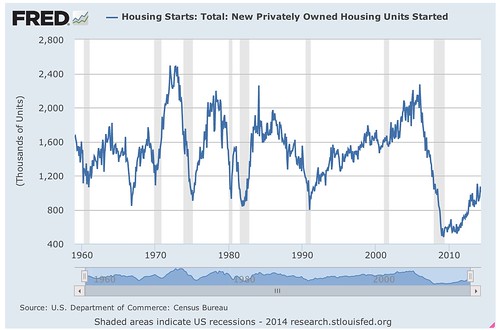 Housing starts are still recovering from multi-decade lows. The last time the housing market was this soft was in the early 1990s.

The other place the wallet’s weakness is showing up is in the Baltic Dry Index (BDI). For those who are new, BDI is the cost to ship stuff by sea on big container ships. It’s a good leading indicator because companies don’t buy up space on container ships unless there’s product to actually ship. What we see here is that BDI has been soft and remains soft. In fact, BDI is on the decline right now, which means the economy overall might be stalling. 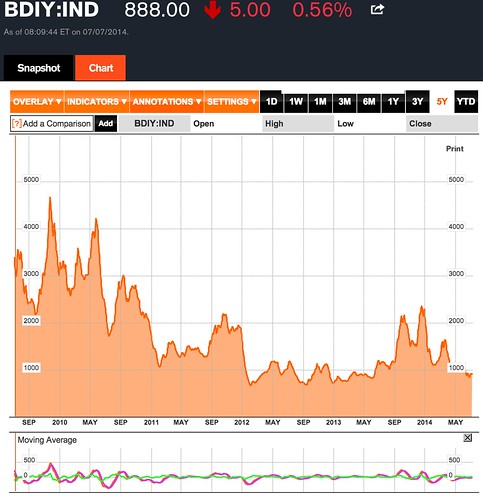 The only saving grace in all of this is if you’re a B2B marketer. Corporate profits are at an all-time high, so your job as a B2B marketer is probably safer than most: 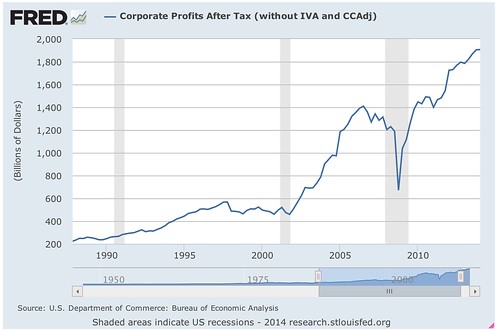 What picture do all of these indicators paint? If you’re looking to the consumer for growth, it’s probably not going to happen for a long time. If you’re a B2C marketer, chances are things have been tougher than normal the past few years, and there’s no sign of pressure being released on the consumer. If you’re a B2B marketer, chances are you’re doing better than your colleagues on the B2C side of the house.

Keep an eye on BDI if you’re a B2C marketer especially! It’ll tell you about the upcoming holiday season and how weak or strong the consumer is likely to be. Right now, things are not looking great for a strong 2014 close for consumer B2C.