Ever made a plain chocolate cake and found strawberries in the middle when you sat down to eat it?

Ever made a chicken dinner and found that you used pork instead?

These may seem like laughable, ludicrous examples, but they prove an important point: generally speaking, end results have their ingredients in them. If you set out to bake a chocolate cake and you didn’t put strawberries in during the baking process, it’s highly unlikely you’re going to get strawberries in it when the cake comes out of the oven. It’s highly unlikely that you’d put a turkey in the oven for Thanksgiving dinner and found when you served it to your guests that it was actually pork. 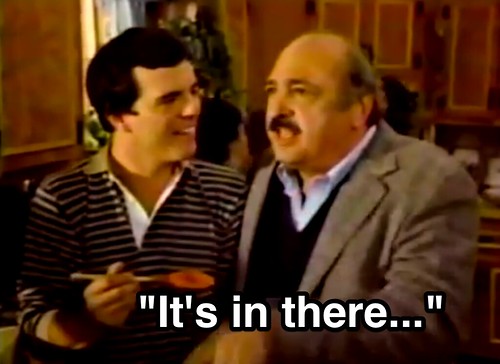 Likewise, generally speaking, most things that happen in life are the result of their ingredients, too. If your marketing program is filled with terrible content, chances are you didn’t start with great content and it just magically became terrible. It was probably not wonderful to begin with. If your religion or your political party is spewing hate, it’s because there is at least some hate in some of the people in your group. If your company is generally behaving unethically or illegally, it’s because there is at least someone in leadership that is condoning or perpetrating the bad behavior. Like the old Prego spaghetti sauce commercial, it’s in there.

There are no effects in life without causes. If you want to find out what’s wrong, whether it’s a failed marketing campaign, a failed marriage, a failed religion, a failed anything, work backwards from the effect you see. What could have immediately caused the effect you see? What caused that intermediary step? What caused that previous intermediary step? Work backwards from the end and you’ll find the answer. Sometimes, the answer is deeply unpleasant, particularly on a personal level. You may find, as I have many times in my life, that I am directly at fault for an effect I created.

Whatever effect you see, the cause is in there.