A difficult moral question of automation

The writing is on the wall for nearly every unskilled labor job as machines get better and better at performing complex but mundane tasks. A decade ago, robots could only handle precisely automated, measured tasks, such as assembling cars on an assembly line. Randomness caused breakdowns and failures, so jobs like picking strawberries or packaging heads of lettuce in plastic clamshell cartons still required humans. All of that is changing as robots get more sophisticated and better at those complex yet still mundane jobs. It’s rumored that some fast food restaurants are experimenting with fully automated production in which robots, rather than humans, flip the burgers and fries. 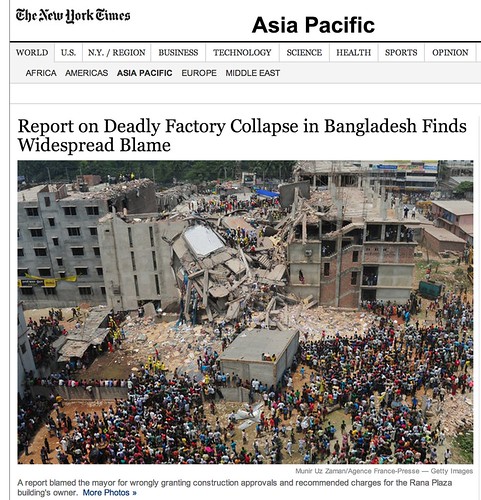 In the not so distant future, then, there could be a real end to child labor, to illegal use of labor, to harsh and dangerous working conditions in which people are dehumanized and made to work to their deaths or dismemberments in appalling labor conditions in developing economies. On the surface, no one would rationally disagree with the concept of stopping illegal child labor.

Here, however, is the difficult moral question. Which is worse: illegal labor conditions that are inhumane, or elimination of those jobs entirely, thus depriving the participants of their sources of income?

This isn’t a theoretical exercise; it’s happening now. Companies are finding it cheaper than ever to automate, and be able to legitimately say that their goods are made in America, on American soil, with American labor. What’s not said as much is that there aren’t nearly as many jobs. Those that are created are highly skilled jobs operating and training the robots, but the unskilled laborer is conspicuously absent.

What this leaves the planet with is too many people with too few jobs – very high structural unemployment. The robots can provide a future of plenty, save for the fact that an awful lot of people will not be able to afford to live in that future. It’s unrealistic to believe that there will be enough high skilled service jobs to offer employment to everyone, so where does this leave the world? I don’t have any answers, but feel free to leave yours in the comments.