The hardest selling lesson of all 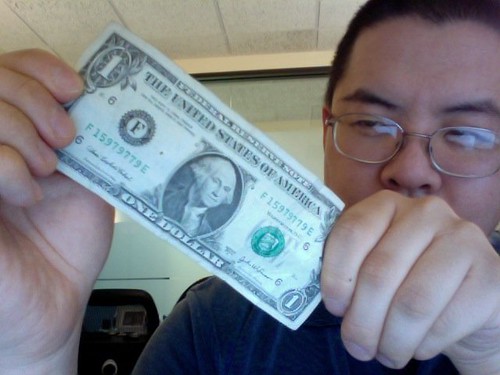 In my new role as VP of Marketing Technology at SHIFT Communications, I find myself once again heavily engaged in a profession I thought was a distant part of my past: selling. Selling was something I last did (full-time) as a technical recruiter, way back in 2000-2001. My company put me through the Tom Hopkins bootcamp and had us skill up on as many different methods of hard selling as possible. Back then, it was the old school “grab ’em by the tie and choke ’em till they buy or die” methodology.

Today, however, there are so many different ways to sell, and much of what I learned back then doesn’t apply any more because it stopped working years ago. The one lesson from the old days that stuck with me and still guides me in the selling I do today was the hardest lesson of all to learn way back when. For those who aren’t familiar, technical recruiting is probably the most difficult selling job of all, because the product (candidates for jobs) can un-sell itself. You can find what seems like an ideal placement for a company, an ideal candidate, and in just a few minutes that candidate can make such a horrifyingly bad impression that a month of work and preparation can evaporate.

What killed more of my deals back then, though, was a lack of understanding about the hardest lesson in selling, the lesson that could have made me a much more successful salesperson than I was in the brutal few months that I did sell professionally before I was unceremoniously shown the door:

Never sell something you don’t have.

It seems so simple, so trite, but it’s actually one of the most difficult lessons to learn, because in the heat of the moment when you’re trying to land a big deal, it’s so incredibly tempting to exaggerate, even just a little bit. It’s tempting to offer things that you think you and your company can deliver on to try and beat out a competitor.

The worst I got burned on this back then was a placement for a Java developer. I had a job order from a client for an Enterprise JavaBeans (EJB) developer and I thought that my candidate could step up to the plate and be able to do that. It took me over a month to negotiate the first interview because the hiring client was very fickle about what kind of candidate they were looking for. The placement seemed like a good fit; the candidate was pleased with the company and definitely pleased with the idea of making 100K/year, a significant step up from the72K they were working at.

However, EJB and Java development are very, very different things that require very different skill sets. Within 15 minutes the candidate was done with the interview, and I lost both that deal and the hiring client, who was understandably irritated at being sent someone who wasn’t at all qualified for the position. I sold something that I didn’t have, a candidate who fit the bill, and I lost badly, so badly that it was the reason I was fired, and rightfully so. Losing a deal is bad. Losing a client is very, very bad.

That experience made such a bad impression on me that I left the profession of selling entirely, but the lesson was so strong that it’s guided the informal selling I’ve been doing ever since then. For example, back when I was writing Marketing White Belt, you didn’t hear about it. There was no promotion, no pre-sale, no hype cycle, because I could not in good conscience sell something that I didn’t have. When it was done, published, and live, then you heard about it. Today, in my new role in selling our services at SHIFT, the one guarantee that I can freely give is that I will never sell you something we don’t have.

Never, ever sell something you don’t have, and you will avoid one of the harshest lessons there is in the selling profession.