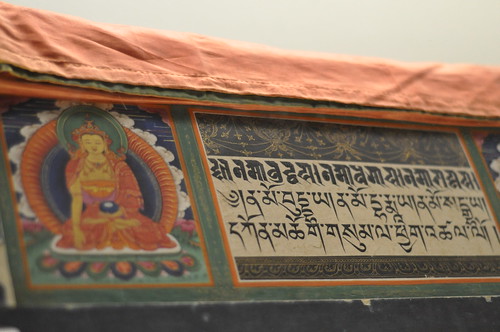 At the beginning of 2012, I kicked off the year with 3 words that would define it: story, restoration, and compassion. Let’s see how things turned out for the year.

Story worked out as planned. A number of folks commented throughout the year that the work I did on my storytelling paid off, especially in speaking, so I’m pleased with that. I’ll publicly thank Ron Ploof for his outstanding recommendation Tell to Win by Peter Guber for being the basis of a lot of that work.

Restoration was probably the biggest success of 2012 for me personally. I’m ending the year in much better health and much better career-wise than I expected to, with major progress towards a level of health and fitness that I haven’t had since college 20 years ago. On this front, I have to thank everyone who keeps posting their fitness updates to Facebook, but most especially someone for finding some of the best digital fitness resources around.

Compassion was good but not amazing. I lent more help this year than ever before, participated and gave more than before, but this year was an intensely testing and trying one overall. Things like the national election and the incredibly divisive atmosphere it created made compassion a struggle for me.

Given the results of 2012, it’s time to look forward to 2013 and the three words that I aim to have define it: Inspiration, Study, Progression.

Inspiration comes from an idea shared by Gen. Colin Powell at this year’s Dreamforce event. He said in his talk that he doesn’t focus much on motivating people in his organization. If he provides inspiration, he’s found, motivation takes care of itself. Inspiration is something that I need to be able to generate more of in my life, not only for myself, but for the people around me. How does inspiration work? How can I make it work for me and make it a resource that I can tap into, rather than just another kind of serendipity or luck? That’s challenge #1 for 2013.

Study is the second area and is a direct consequence of not doing well enough with compassion this year. There are a lot of areas in my life that need more study, from spiritual training to martial arts to business. I realized the other day that I was not making as much progress as I wanted in my understanding of the Heart Sutra (a Buddhist scripture) and the sole cause of that was insufficient study on my part. This is also a word that sets a certain tone to the focus I’m generating. It’s not casual reading or surfing, but actual study: taking something apart, figuring out how it works, and putting it back together again better.

Progression is the third focus for 2013 for me, and it’s an expansion of restoration. I did a good job this year of repairing things and getting stuff back to a baseline. Now it’s time to move forward, time to progress, time to advance. Part of that will also involve pruning out things that don’t contribute to progression, things that are obstacles to getting stuff done that generate real-world results.

What are your three words for 2013? Leave your thoughts in the comments, on social networks, or link up your own blog post!