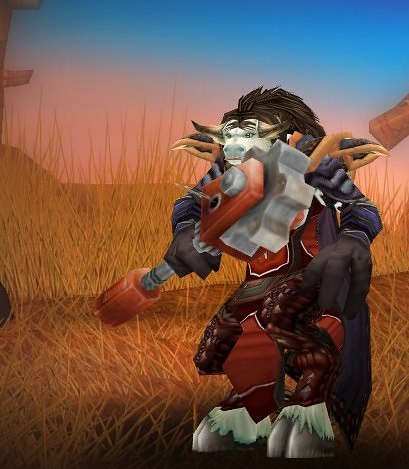 Over the past few years, we’ve all made an incredible point of trying to focus on our personal brands, but to this day, most of us are still writing and communicating in an uncomfortably generic way, so much so that it undermines our efforts to be distinctive. For example, I read a fair number of marketing blogs. Some of the most popular ones, like MarketingProfs, have many staff bloggers and even more guest bloggers. The sad and uncomfortable truth is that the vast majority of the time, I can’t tell who has written a blog post until I scrutinize the by-line because it could have been written by anyone.

One of the Warcraft blogs I read has a particularly distinct style. I’m not a fan of it; in fact, I rather dislike the blogger’s style and writing quite a bit, but it’s unmistakeable, and the moment I see his introduction (which is always the same style) I know exactly what I’m about to read. You could put that blog post in a pile with a thousand other Warcraft blogs and I’d be able to pick it out of the crowd immediately. When you think about it, that’s an incredibly powerful brand statement – to be recognizable even if you’re disliked.

Time for a quick test. Subscribe to your own blog in Google Reader (or the blog reader of your choice). Read through your first post. Does it sound unmistakably like you? Or does it read like a generic blog post that could be in any number of your other blogs that you read?

Here’s another example – each of the members of my Warcraft guild have a distinctive way of saying hello when they first sign in. They greet the rest of the team in a certain manner that, no matter which character they’re playing, you know who it is. What’s more telling is that on the rare occasion that they let a friend or kid play one of their characters, everyone else knows that it isn’t them, because the language is completely different.

What topics are distinctly you? What language is distinctly you? What ways of communicating can tell someone familiar with who you are as a person or as a company that they’re on familiar ground? Start assembling a list and use that list to ensure every piece of content you generate is in some way identifiable as you, because if it’s not, your efforts to be known are going unnoticed.