Making mountains out of molehills 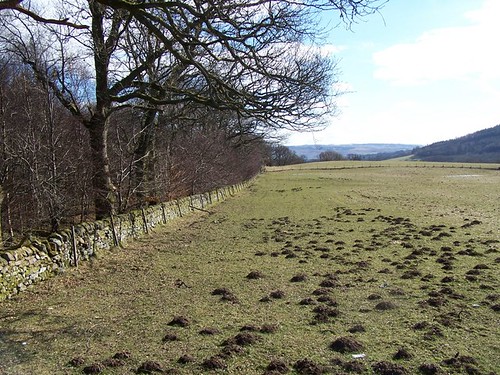 Making mountains out of molehills is an old idiom that refers specifically to someone blowing an issue far out of proportion. In cognitive psychology, this is known as magnification. It’s such a common psychological phenomenon that we’ve had cultural idioms for centuries describing it, such as Shakespeare’s play, Much Ado About Nothing.

Magnification works based on a simple principle, the feedback loop. For example, someone who makes mountains out of molehills would take a bad grade on an exam and repeat the event over in his head repeatedly until it became so magnified that he leaped to the conclusion he would fail college. In this case, magnification serves a harmful outcome.

Suppose, however, you wanted to use magnification for a more productive end, such as marketing? What makes it work?

First and foremost, magnification hooks onto one or two key points that get repeated in your mind over and over again. Rarely does anyone magnify a complex thought pattern, because the thought pattern needs to be able to loop quickly in your mind.

Second, magnification has to create a derived future outcome. Rarely do we conclude that the original event is the outcome; in the example above, the bad grade wasn’t the focused outcome – failing out of college was. In order to get your mind to create a derived outcome, there has to be some element of predictive language at work. Fail an exam becomes magnified to fail out of college.

Third, magnification has to be able to synergize with itself to create a large distortion. In the case above of the bad exam grade, every repeat of the loop adds additional energy to the original negative feeling. If a situation or consequence doesn’t compound itself, you won’t magnify it in your head. Conversely, if you’re out to create a positive feeling, the feeling must amplify itself with every iteration of thought. Every time your prospective customer repeats the positive feeling, it should build on itself.

Let’s examine a case of magnification done really well: the marketing around Apple’s iPad. First, it’s a simple campaign: a magical device at an unbelievable price. There are only two hooks to grab onto, so the marketing of it is kept simple.

Second, it creates a derived future outcome. The key there is how we treat the word magical. Everyone’s interpretation of magic is different, but the general future outcomes are relatively similar: things just happen. Thus, if you view the iPad as magical, you can create outcomes in your mind that are specific to you but are aligned with the idea of magic.

Compare that to how many Android tablets are marketed, emphasizing faster graphics or dual-core processors, and it’s quite clear that much of the Android tablet marketing can’t help you create a future outcome in your head. Old sales professionals will recognize this clearly as marketing the benefit vs. the feature. This takes benefit a step further and emphasizes open-ended future benefits beyond something very specific.

Third, repeating that derived future outcome in your head synergizes with itself. Every time you imagine the magical outcomes you could create (if only you owned the product), you amplify and build it up. You add new positive outcomes or grow the ones already in your mind. The appeal of magic inspires you to want to repeat the message in your mind again – who doesn’t want the easy, magical solution? Again, if you emphasize a specific feature or benefit, you close off the mind from wanting to go back and explore other related outcomes.

Take your own marketing messages and examine them for simplicity, derived future outcomes, and repetition synergy, then rework your messages so that they are more likely to be made into mountains by your prospective and current customers.