How to become an authority 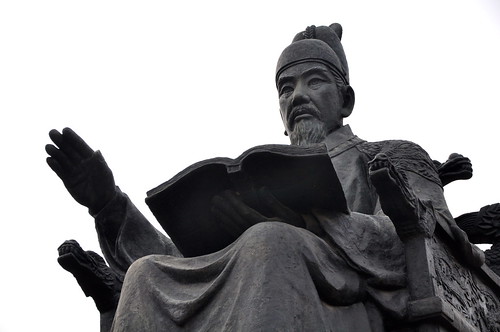 Everything from social reputation to search engine optimization has lately been hinging on this fuzzy concept of authority. Let’s make it a little less fuzzy.

Authority is derived from Latin, from auctoritas, which is in turn derived from augeo, which means to augment. In it’s most classical form, an authority is someone who sanctions, authorizes, or cultivates. You augment someone else’s stuff, by declaring it legal, by recognizing it, and through your influence, getting others to recognize it. Where your authority comes from depends on the context, but for marketing (as well as political) purposes, authority is influence given to you by the people around you.

Google has long used inbound links as the metric of judging who has given you influence. The more people who link to you, your works, and your content, the more authority has been invested in you by other people. These days, Google and other search engines have broadened their own understanding of authority and influence to include social media. Authority now not only includes what links to you, but who.

So how do you become an authority? How do you begin to have people give influence to you? At the risk of being trite, you have to have something other people want, something other people value. For example, we are swimming in data right now. We have far more data than we know what to do with. Who has authority? Someone like Avinash Kaushik, who doesn’t have more data, but has ways of helping you understand the data you do have and turn it into something useful.

Mitch Joel isn’t the world’s best social media practitioner. Far from it, by his own admission. What he does have is the ability to see large trends, macro perspectives, and then write about them in a way that is accessible and understandable. He’s done this for decades, and he’s been an authority in his fields throughout his life.

Chris Brogan’s self-confessed “secrets” are common sense, rephrased and recontextualized so that you understand them in the marketing, social, and business arenas. For people who can’t make an intuitive leap from one arena to another, his value to them is that guidance over the chasm, and people grant him authority for it.

Do you see the trend here? The authorities are not the folks necessarily inventing stuff (some are, of course), but the folks who can take stuff that you have, that we all have, and transform it into something useful and valuable. So the question is, what do you have in terms of skills, abilities, access, connections, ideas, or talents that can take what you have now (and you have quite a lot) and transform it into value that other people want?

One tip I give with great frequency for finding that value is to look back at your childhood. What things did people value about you when you were a kid? There are personality traits that are so deeply ingrained in us that they’re a core of who we are, but time, society, and work have obscured those traits to us and made us forget who we are at our core. When I was in second grade, for example, we started to have computers in school, and I knew without a doubt that they’d be a big part of my life from then on. I was good at using them, but I was really good at helping other people use them and get value out of them. Fast forward a quarter of a century, and what people value me for now is pretty much the same thing, because that core trait is still in me. Instead of trying to be someone I’m not, I put who I am and always have been front and center.

Bonus: it’s really easy to do what I do now, because all I have to be is myself and who I’ve always been. I don’t have to master being someone I’m not, and by being who I’ve always been, I’m taking advantage of decades of mastery at being me. That’s incredibly freeing, and something I hope you find for yourself. As my teacher Mark Davis says, study something old (your past) to learn something new!