Tell me what you struggle against and I will know that it is powerful, because you spend energy, time, resources, money, and strength struggling against it. Sometimes, it’s a worthy opponent. Rape. Murder. Child slavery. Genocide. These are powerful dark forces that need the armies of light to be marshaled against them ceaselessly. These are enemies worthy of any crusader’s judgement and merciless verdict. 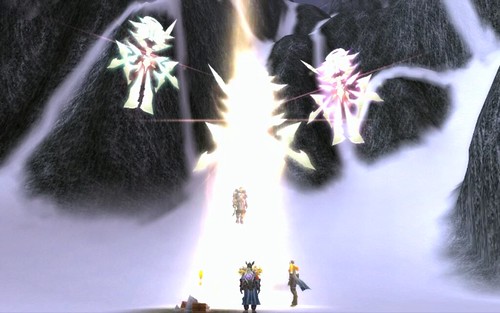 Sometimes, however, you admit your own fears and inadequacies when you only stand for what you fight against, rather than what you fight for. You grant your enemy, whatever it is, legitimacy in your struggle against them. Every time you rail against Barack Obama or Rush Limbaugh, you prove that they’re potent forces to be reckoned with, otherwise you’d not spend time and energy on them. Your battle validates them. Every time you protest a Muslim mosque’s construction or lack of a minority in technology, you reinforce your own position as one so lacking power that you cannot solve your problems any other way than by tearing someone else down.

Tell me instead what you stand for. What you fight for. Show me through your actions that if you emerge victorious from the struggle that you won’t immediately set your energy against tearing me down, because otherwise I’ll believe that you will. Instead of opposing a mosque, build a church or grow an existing one’s community and charity. Instead of opposing the other candidate, demonstrate your commitment to the people whose votes you seek that you are capable of good works with or without an opposing party. Instead of shouting me down, ascend past me so fast that I have no choice but to look up to you.

You have more access to power, to superhero-like powers than ever before in human history. You sit at your desk, basking in wireless networks that let you reach out and touch more of humanity than ever was possible. You can effect change and mobilize people on the other side of the planet with your capabilities. You have the superhero powers. Do you have the superhero’s courage to stand up for something, to do something, to make the world a better place?

… because in the world of superheroes, the person with great power who seeks only to tear others down and destroy?