Chris Brogan has jumped the shark and totally sold out

Chris Brogan has jumped the shark and totally sold out 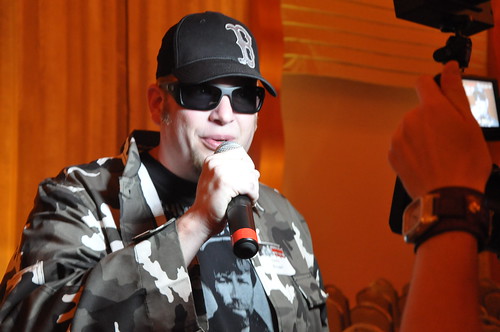 Chris Brogan has jumped the shark and totally sold out. He’s a loser. Ignore him, and start working on elevating yourself to social media deity status! Forget Chris Brogan – only YOU can save social media! Go!

Are all the gullible people gone?

Okay, good. For everyone else who remained – which is like 99% of my blog’s readership, the people with brains and a sense of humor – here’s the real deal:

If you’re NOT getting hate mail, you’re doing it wrong. Or more specifically, if you don’t have detractors, you’re not making enough of an impact.

My teacher’s teacher, Stephen K. Hayes, puts this far more poetically and elegantly: the brighter the light, the darker the shadow it casts. The brighter you are, the more you attract those who don’t want there to be brightness in the world.

Ankle-biters, armchair quarterbacks, and “thought leaders” (you know, the people thinking about leading but never quite do it) have always been around and have always been nibbling at the heels of people who do good things. It’s a sign that you’re having true impact when you start to accumulate these parasites, rather like the sign of a seasoned ship is a nice collection of barnacles.

Now, that’s not to say that you still shouldn’t take note of criticism, especially if it comes in quietly, non-publicly, from the trusted friends and allies who have been with you since the beginning. To those folks, the voices who aren’t afraid to call Bravo Sierra to your face in private – pay attention.

For everyone else, especially for the armchair quarterbacks who show a peculiar lack of accomplishment of their own, be happy about them. Be excited about them! They’re the milestones (admittedly, not the most attractive ones) on the road towards achievement.

Plus, as a matter of perspective, be glad that they’re only social critics. When you reach the level of earth-shaking needle-moving as leaders like the Dalai Lama have, you’ll have people actively working to murder you and everyone close to you on a daily basis for the remainder of your natural life. How bad can a few blog posts or angry tweets be compared to that?