Breaking the shackles on your potential at PodCamp Boston 4

If there was one overarching theme in the entire weekend of PodCamp Boston 4 that kept occurring over and over again for me, it was the theme of shackled potential being freed. Everyone I met was incredible, wonderful, kind, and seeking answers to burning questions, which pleased me to no end. Even the veterans, the old timers, had a wonderful fire in them burning for more than what they’d been getting from online and offline channels.

What really struck me, though, was this idea of shackled potential being freed. From the lawn discussion under a beautiful sky to deep conversations on the beach (yes, PodCamp Boston 4 had a BEACH, so there!), to sessions and discussions about technology, marketing, and achievement, everyone brought with them limitations. Things they believed they could not do, things that seemed out of reach for them, things that were impossible – so many of the conversations revolved around this theme.

What was more interesting to watch, what was in many cases truly inspiring, was seeing how other members of the community stepped up to help out, whether it was lending advice about optimizing a web site, connecting new friends together, trying difficult or uncomfortable new things – many, many people stepped up to help, and more still took that giant step outside their comfort zone. 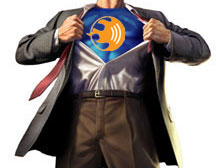 I hope that for many of those folks, PodCamp Boston 4 was the crucible, the anvil on which they made a first crack in the self-imposed shackles on their potential. Everyone that I spoke with personally, everyone who had a story to share, has incredible, unbelievable potential to achieve, to be what they’ve set their hearts on. For a few folks, it may be coming to peace with parts of themselves, while for others it may be material success or social good. No matter what, know that breaking those limitations is possible and the rewards for doing so will defy what you can imagine.

I want to highlight one story that I think is a good example of potential broken free of its chains, about PodCamp Boston 4’s lead organizer this year. Two years and change ago, I met someone virtually at Matthew Ebel’s concerts in Second Life. When I met her, that was about all we had in common. She was working a dead end job (phone service for an online florist) living in a dead end neighborhood, going nowhere fast from minimum wage job to minimum wage job. Chel knew that there was more possible out there somewhere, but was fairly certain it wasn’t for people like her.

Through a fairly short apprenticeship and an incredible amount of courage in the face of the unknown, she made leap upon leap, first moving out of her situation, finding her way north (eventually to Boston), working insanely hard doing virtual assistant and admin work to pay the bills as she developed ever increasing skills in the online world. She helped to pioneer the first (that we know of) completely virtual fan-bootlegged music album that paid revenues to the artist (Matthew Ebel’s Virtual Hot Wings), used leverage and knowledge to take on more complex projects for people who originally started looking for someone to manage their calendar, and eventually became a seasoned, knowledgeable virtual project manager. (not to mention competent SEO professional and WordPress deployment specialist)

Then we threw her under the bus, so to speak, except that the bus was made entirely of a metal called chaos, weighed a gigaton, and bore the license plate PodCamp Boston 4, by making her lead organizer. What nearly 400 people experienced on August 8-9 of this year is the result of Chel continually refusing to limit herself to what her doubts and fears want her to be. Nearly 400 people had a phenomenal, educational time at PodCamp Boston 4, and hopefully took a first big swing at their own chains of doubt and fear.

It’s my sincere hope that you take away something similar from PodCamp. Folks at the closing heard about how PodCamp got started, about how Chris Brogan and I basically winged it with our first team 4 PodCamps ago, refusing to accept the limitation that new media conferences could only be thrown by professionals. I say this to encourage you to look at what you believe your limits are and take another swing at them on the anvil. I say this so that when I see you again in a year for the next PodCamp Boston that you are soaring higher than ever, your chains of doubt left far behind.

May you achieve your potential.

May you awaken your superhero.