Media is not marketing

Media is not marketing

One of the greatest mistakes folks in media – old and new – make is to mistake media for marketing, to mistake product for promotion.

Media is not marketing.

Media is the product.

Marketing and promotion are entirely separate from media, the product.

Consider: if media were marketing, radio and television stations would never need to advertise. Newspaper circulation would reach 100% of the population and the only battle would be for existing market share. There would be no such thing as direct mail or email marketing. 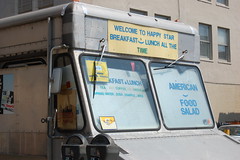 Media is the product. Media is the commodity. Marketing is what gets media into the hands of people who want it. Substitute media for anything else – screwdrivers, CDs, cheese, mortgages, orange juice, hybrid cars, and the lesson becomes obvious. Build it and they will come is long, long gone. Just because you make it doesn’t mean anyone wants it.

This is a lesson that new media especially still needs to learn.

Just because you make your blog, podcast, or video doesn’t mean anyone else is going to use it.

If you want to achieve any level of success, you must master promotion as well as production.