What the heck does that mean?

Here’s a few photos from my recent trip to Block Island. The island itself is 6 miles long and conveying a sense of the culture and energy of the island is difficult in whole. Here’s a picture of the beach: 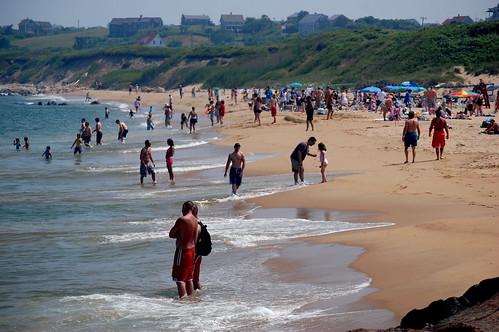 Tough part is, this is such a broad picture that it could be any beach in the world.

This photo conveys a lot more about the spirit of the island: 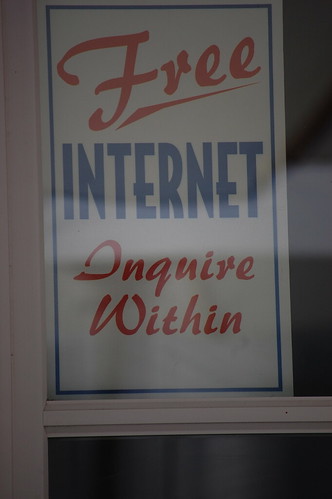 Notice that it’s using fonts and layout that are reminiscent of a 1950s ice cream shop. Here’s another shot: 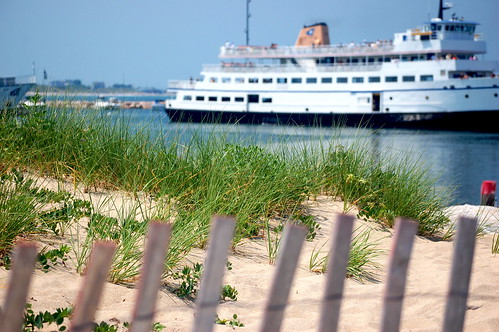 What I’m learning is that sometimes just a picture of something as seemingly inconsequential as a sign in a shop or a wood fence on a dune conveys a lot more feeling about the place than trying to take a giant panoramic photo of it all. The small picture brings out the essence of what’s different about the island, what sets it apart from the thousands of other islands in the Atlantic ocean.

Likewise, look at your social media efforts. You can try to be as broad as possible, trying to keep up on every network, running around like crazy on every platform, but that ultimately makes you the equivalent a collection of wide-angle, subjectless photos. You see everything but nothing’s interesting. Sure, take a few panoramas at the start, but then dig in and find the essence of the kind of social media experience you want to have, and focus your efforts where you want to be. Find out what’s different.

If there is one feature that distills the essence of social to you, what is it? That will tell you what network you need to be on. Is it presence? Twitter and its clones. Clubs and groups? Facebook. Exploration of people’s interests, one on one? MySpace. Career-focused, professional networking? LinkedIn. There are plenty of others, and other ways to perceive each of these networks – these are just how I use the properties.

Pick the conferences and events you want to attend based on the essence of the experience you’ll get out of it. Want a “fishbowl” new media event? Podcasters Across Borders. Want to meet a never-ending flow of new people? PodCamp. Marketing? Look to MarketingProfs. Inspiration? TED. Each conference and event has an essence, and if that essence is what you want, then when it comes to making hard choices about what conference to attend, you’ll have a better idea of where to allocate scarce time and money.