How I Learned to Think About Gender If you, like me, expressed confusion about the differences between gender identity, expression, attraction, etc. and were or are bewildered about all the different terminology, then you’re in the right place. I’ve sorted out a mental model for myself based on the Genderbread Person framework, and hopefully my explanation will help if you need a framework, too.

Humans are complicated and messy creatures, so no one framework or structure will work for everyone or everything. That’s just reality, but the more refined we can be in our understanding, the better we can relate to other people.

In full disclosure, I’m writing this from the perspective of a mostly cisgender (meaning I identify with my biological sex), mostly heterosexual male, so understand everything I say has an inherent bias through that lens, and make sure you go read other people’s perspectives to get a bigger picture.

And if this topic makes you uncomfortable, I’d encourage you to stick around so it’s less uncomfortable, but if you really just want to hear only about marketing, here’s a marketing blog post to take you back to your comfort zone. But do come back later when you’re feeling adventurous.

There are three pieces to our model that we need to understand, and I’m going to present it through the lens of a smartphone. Remember – this is a simplification of the complicated mess that humans are.

A phone has a hardware type. Some phones are made by Apple. Some by Samsung. Some by Google. Some by companies with complicated names. But our phones largely are what they are and they have hardcoded attributes like what power supply and cables they work with, what brand of wifi they’re compatible with, etc.

Like our phones, our biological or anatomical sex is what it is. It’s our hardware. We have chromosomes, chemicals in our bloodstream, specific internal organs, etc. that we’re born with, and while you can make some modifications, the hard-coded stuff tends to remain more or less constant.

That’s not to say that you’re one or the other, by the way. Thanks to the wonders of genetics, there’s a spectrum of biological sex. Some people are born with different or multiple sex organs. Some people have naturally low or high hormonal levels. So there aren’t two anatomical genders, just as there aren’t two smartphones. Yes, there are two broad categories – iOS devices and Android devices – but there’s a crazy range of devices in each kind, from the tiny iPhone 5 SE to the absurdly sized iPhone 12 Pro Max – and there are substantial differences among each. There are two broad categories – biologically male and female – and substantial differences among each. Remember that part.

Every smartphone has a carrier that you connect to the world with. Your phone has a carrier and it’s one of those things that’s relatively constant, but can change, whether you have T-Mobile, Orange, Rogers, Telefonica, Verizon, Vodafone, etc. Switching carriers is certainly possible, but it’s not as simple as just tapping on a “Buy Now” in your app store.

Like connection with a carrier, humans have attractions, things that want to make us connect with others. And like carriers, our attractions can and do change over time. Ever heard of someone who was pretty happy with one mobile carrier, then switched and realized how much happier they were with a different mobile carrier?

We are attracted to sets of traits that we find appealing in others, and historically, some traits have been associated with one gender or another. However, if you decompose a lot of those attractions, they’re not necessarily tied to a gender. You may find a certain look, certain body attributes, certain personalities attractive. What gender those attributes are attached to may statistically cluster in one gender more than others, but they’re not exclusive to one, just like statistically, iPhones tend to be on one mobile carrier more than others in certain regions, but are not exclusive to it.

Think about the attributes of a carrier. Coverage. Speed. Cost. Customer service. There isn’t one carrier that has all four attributes perfectly. There are a whole bunch of carriers, and they all have blends of attributes that might be less or more important to us.

Think about the attributes that you find attractive in another human. They may not be exclusive to a gender. Suppose you like athletic people. Hit up an appropriate hashtag on Instagram and see the wide, wide range of people of all kinds who embody the athletic traits you appreciate. Suppose you like a certain hair color, or a certain body part. You’ll find endless examples of infinite diversity of the thing that you like.

And let’s not forget – for some people, they may not be attracted to other people at all. That’s just as valid.

Phones have apps. Those apps let us do things, let us express ourselves, from the music we listen to, to the art we create, to the obnoxious drunk tweets we share late at night and professionally regret the next day. And each of those apps has preferences we can set that define how we use that app, how we express ourselves. Some preferences are binary, little toggles that are on or off, but a lot of the most important preferences are non-binary. They look like the brightness or volume controls on our phones: Could you imagine an app, a game, where your only choices for in-game music were either 100% volume or off? You’d delete that app immediately.

Humans have apps, too. Our software – our minds – are what and how we express ourselves, in two key ways: gender identity and expression.

Gender identity, as an app, is how we think of ourselves. Do we associate ourselves with believing inside we are aligned with feminine, masculine, or other traits? When we dream, who are we? There’s a lot of variation possible. You can identify with some traits that are associated with masculinity, but not all.

Gender expression, as an app, is how we portray ourselves to the outside world. Do we portray ourselves with clothing, with appearances, with behaviors that are aligned more with feminine or masculine traits? And this isn’t limited to our physical selves. When we play video games, what gender do we choose for our characters? My character list in World of Warcraft is split about 50/50 with both genders. Sometimes I play my very male Death Knight. 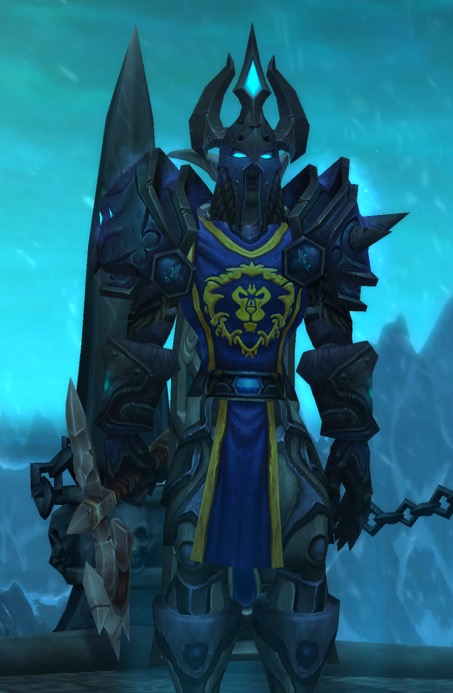 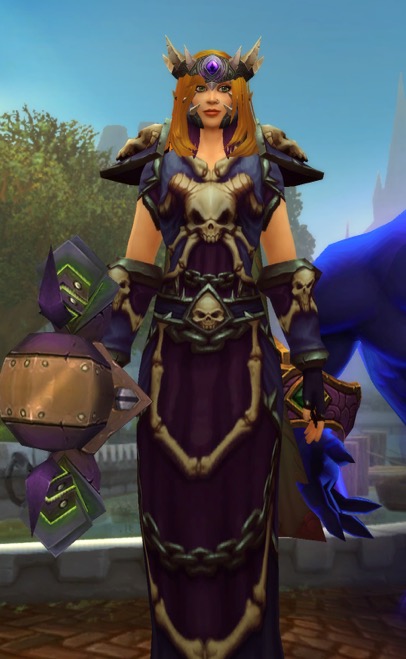 (but I always play Alliance, which is the important part, because the Horde sucks and makes poor leadership decisions)

As a side note, I wholly understand how women feel around men sometimes. The number of obnoxious, crass private messages my female characters get is absurd.

Here’s the critical part: both these apps – gender identity and expression – have settings that aren’t toggles. You aren’t one or the other, but a slider that can be set at any point along the spectrum of masculine or feminine – or none at all. You may simply choose not to identify with or express a gender, and that’s just as valid.

The bigger lesson in all this is that these three different things – hardware, connection, and software – are not dependent on each other. When you think about phones, it’s pretty clear, isn’t it? Do any of the apps on your phone that you actually use DEMAND that you use a specific carrier? Nope. You can use Evernote whether you’re a T-Mobile customer or an AT&T customer. It would be sheer stupidity if an app was locked into your carrier.

Heck, you can use Evernote whether you’re on iOS or Android. It runs equally well there. That’s true of virtually every successful app.

There are no substantial dependencies that mandate your phone’s hardware, connection, and software all be one thing and one thing only for it to function. Some combinations might work slightly better than others, but for the most part, you have a lot of freedom of choice with your phone.

And the same is true of humans. You can be born one biological sex but identify with and express a different gender. You can be attracted to more than one kind of person, and that attraction isn’t based on their gender – or yours. You can express multiple identities and genders in different contexts, or choose not to express one at all.

And most of all, you are and should be entitled as a human being to the same equal treatment as every other human being.

That has broad implications. It means associating diseases with physical parts, and not with genders. It means providing healthcare to someone equally regardless of how they express themselves. It means accepting your child might be attracted to someone that you don’t fully understand yet – and if you’re a decent parent, accepting it and encouraging it. I’ve told my kids the same thing over the years: don’t be in relationships with assholes. Everything else is flexible.

When someone asks you to borrow your phone for a second, what do they say? “Hey, can I use your T-Mobile iPhone?” Of course not. They ask to borrow your phone, regardless of the hardware, software, or connection. We should aspire to treat each other as equally as we treat our actual phones.