My teacher Stephen Hayes pointed out recently that conformity seems to be on the rise again. As someone who grew up during the 1950s, he’d certainly have the perspective and experience to know this, but we can see it for ourselves. 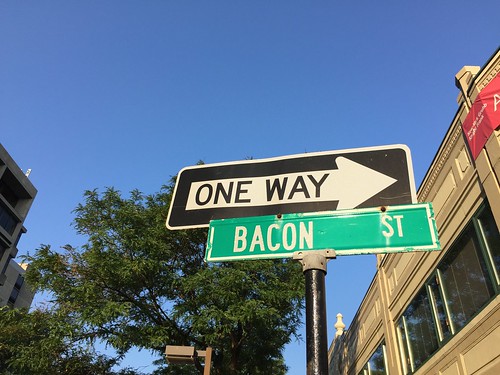 Despite tools and technologies being more freeing than ever in our communications capabilities, our ability to express unpopular opinions is lesser than ever.

Consider what happens to someone who expresses an opinion such as opposing marriage equality. They are immediately excoriated for their narrowness and bigotry.

Consider what happens in political parties. If you’re not all in, you’re branded disloyal. A good example is the Republican party – if you don’t agree with and endorse the entirety of the platform, you are branded with the epithet “RINO”, Republican in name only, and any influence you might have had evaporates. (not to mention financial support, if you’re running for office)

Consider what happens when you tweet something that exhibits temporary poor judgement, as many have. One short sentence can ruin an otherwise exemplary career as the tidal wave of negative opinion crushes you.

Consider what happens even when you express disagreement with simple, popular memes like the Internet’s ongoing love of bacon. You may encounter vigorous opposition even from friends in a reaction disproportionate to its importance.

What breeds such intolerance, across political views, across parties, across cultures and nations? Ironically, a big portion of it may be the very tools that let us communicate more freely, the technology. We have more reach than ever; we can communicate more to each other than at any time in human history.

Reach tends to homogenize opinion. In the old days, you would have clusters of opinion and lots of variation because there was no way to know what other people thought beyond very slow moving mass media. Your personal opinion of interracial marriage may have been contrary to the times but because the tv and radio had to focus on bigger news, no one outside of your drinking buddies at the bar ever heard it. No one tweeted it. No one periscoped it.

Today, something you say can reach millions of people. Millions of people can respond to you in turn, for good or ill, in an instant. There’s enough bandwidth on the Internet for you to be heard – and for those who oppose your views to be heard as well.

What should you take away from this understanding? The micro-communities in which it was safe to express your opinion can still be had, but you must now make a proactive effort to create them. Expressing authentic opinions to your friends is best done outside of the public eye; from private Facebook groups to Slack teams to apps like Path, take the initiative to protect yourself from the mob.

As long as we have greater interconnectedness, expect greater consequences from mob rule. Only when our channels have fragmented so much that mega-networks like Facebook no longer exist will you see a return to how we used to express opinions more honestly.