One of the things I like to do from time to time is check in on a variety of different leading economic indicators to get a sense of how the overall economy is doing. That knowledge lets me know – within a certain amount of error – what marketers can expect their quarter to look like. How much should we push our customers? How much should we challenge pricing?

The consumer is the heart and soul of B2C. If the consumer doesn’t shop, the B2C company doesn’t sell – and the B2C marketer has to work doubly hard just to tread water.

So how is the consumer looking? 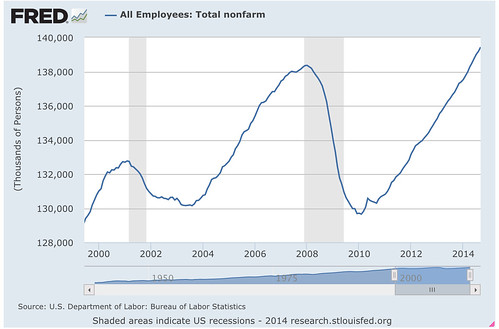 Nonfarm payrolls are expanding, and fairly significantly. We’ve technically got more people employed now than ever. Of course, some portion of that is natural because as a nation, we have more people than ever. 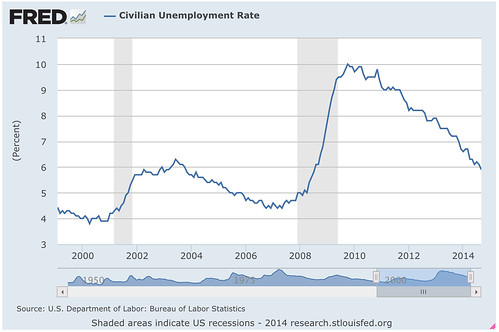 U-3, the general measure of unemployment, is below 6%, a place it hasn’t gone since before the Great Recession. If you look in the data, even U-6, the total labor pool across the board, is down to 11.8% underemployment. That’s a far cry from the peak of the Great Recession, when we were pushing 20% underutilization of labor. 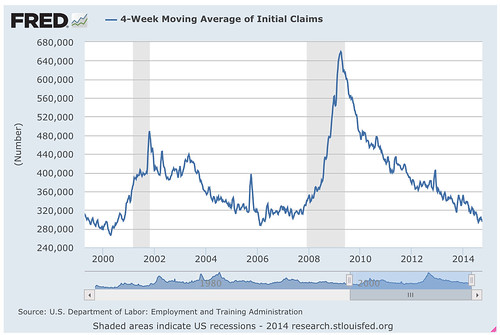 We’re back to almost the first dot com bubble, and the height of the boom times before the Great Recession, in terms of the number of people who are filing for job losses. While there are still a whole bunch of people without work, it could be much, much worse. 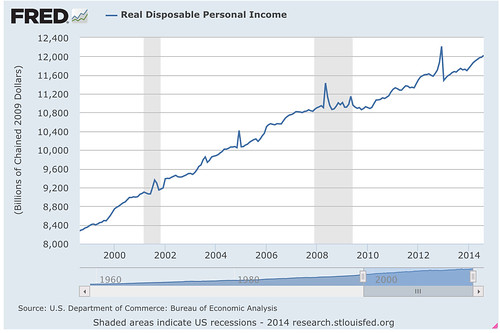 2012 was a much better year for income, but we’re approaching it in a much more sustainable way as we head into Q4 of 2014.

Overall, there are a lot of macroeconomic potential shocks out there waiting in the wings. Instability in the Middle East. The Russian-Ukrainian war. Ebola. But the bigger picture, at least for the general US consumer, is that 2014 is ending on fairly solid footing. What does that mean for you as a marketer, if you’re a B2C marketer? You probably don’t have to overhype the low cost message quite as much as you did last year – the consumer overall probably feels a little bit better than 2013, which means slightly looser purse strings for the holiday season.

For the world of B2B, we look to things that are going to impact companies’ ability to buy from other companies. This means looking at leading indicators from shipping to what it costs to run a business. 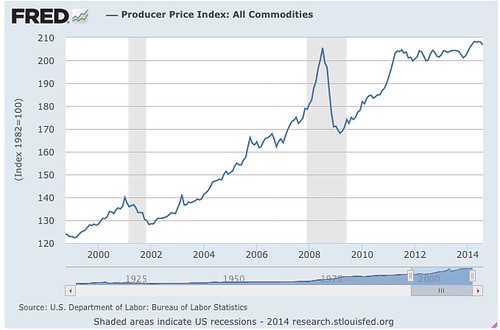 PPI, the Producer Price Index, is the general cost of doing business. What’s unusual here is that business got really expensive during the Great Recession, then prices dropped as the economic shocks rippled up the supply chain, and then for a while things got back on track. But in 2011, PPI plateaued, and it’s been holding there ever since. While you might think it’s a good thing that production costs have leveled off, the reality is that level pricing means that companies of all sizes aren’t making more money on average.

The Baltic Dry Index, BDI, is an index of what it costs to put a bunch of things on a container ship and ship it overseas. This is a great B2B leading indicator because companies don’t buy shipping containers unless they have product to sell. It’s not something you buy just for the heck of it. Again, we see that things went crazy int he run up to the Great Recession, BDI crashed hard at the beginning of 2009, and it really hasn’t made a huge lift since then. We also see the softness in 2011 extending out to today. 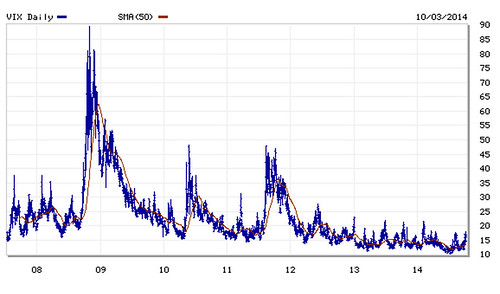 The CBOX VIX, or volatility index, looks at how volatile the markets are. It’s an indicator of how safe or risky investors feel. The VIX hit the roof during the Great Recession and had a few aftershocks in 2011 and 2012, but has calmed down considerably since then. A major portion of that has been the Federal Reserve Bank effectively handing out free money for years to investors via TARP and the Quantitative Easing programs, as well as holding interbank interest rates near 0%.

Do you see the pattern here? In each of the three charts, B2B leading economic indicators show that the B2B economy is in a holding pattern. The sky isn’t falling by any means, but the pie isn’t getting any bigger, either. If you’re in B2B, maybe you’ve noticed this already. Leads are probably becoming sales opportunities at a slower pace. Sales opportunities are probably taking longer and longer to close. If that’s the case, then there’s a good chance you’re caught in this economic plateau as well.

The good news is that a strengthened consumer will eventually ripple upstream to B2B, in general. As you can see from the charts above, the consumer face-planted in 2008, while B2B took as long as two years to fully feel the impact. Thus, as the consumer gets back on their feet, we should expect B2B to do the same. When will that be? Assuming the consumer continues to heal up and get back in the game, probably B2B will feel it in late 2015 or early 2016.

So overall, a merry holiday season for the consumer B2C marketer; B2B won’t get any coal in the stocking, but Scrooge’s ledgers will still be a bit thin.