Last week was not a great week for me personally. I screwed up a couple of times, and once in a fairly spectacular manner (with a client, no less). When I found out that I had screwed up, I had a couple of choices. I could deny the blame entirely, which in an era of technology is relatively easy to do in the short term. I could shift the blame, which plenty of managers do. The last, most painful choice in the short term was to own the blame entirely.

Two things about blame and responsibility. First, in an era when we are swimming in data and meta-data, the truth always comes out eventually. It might be a decade before someone realizes what you’re up to (hello, NSA), but eventually, the truth becomes known.

Second, and most importantly, blame is a lot like medicine. The sooner you take it, no matter how bad it tastes, the less it hurts in the long run. If you deny medicine until a problem becomes critical, you cross a point where the medicine doesn’t do any good and the world caves in on you. If you accept the medicine early, the chances of it being effective are significantly greater. The same is true of accepting responsibility for your screwups. The sooner you take that medicine, the less damage the problem eventually causes. 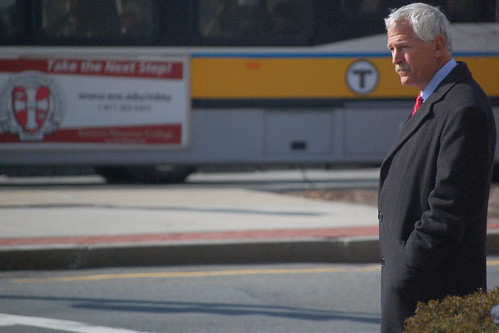 What did I choose? Once I had figured out what I had done, I called the client and I willingly stood in front of the bus. There were and will continue to be consequences for me for screwing up, but they are significantly less than they would have been if I had made any other choice.