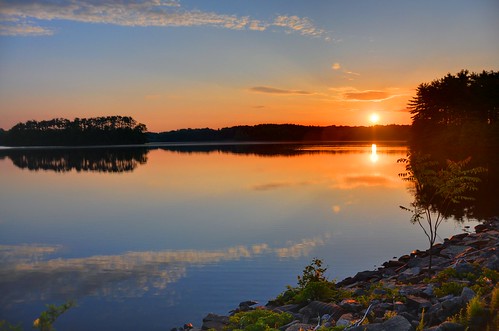 At the start of each new year, I look back at my three words from the previous year and ahead at the words I’ve chosen to represent my theme for the new year. Let’s see how I did with 2013, shall we?

Inspiration. Did I discover more about inspiration and how it works in 2013? I feel as though I did, from lots of personal coaching of others to growing a department at SHIFT to hitting the stage to deliver inspiring talks. Inspiration turned out well.

Study. Did I study more this past year? Did I learn more? Without a doubt, yes. 2013 was me learning the public relations industry in as much detail as I could. It was me learning how to manage people again. It was me getting back into martial arts training and attending a much-needed seminar on the basics of being a good teacher.

Progression. Did I make progress towards all of my goals this year in the magic four-quadrant grid that John Wall recommends? Financially and in business, yes. Family and friends, yes. I feel like I hit a plateau on fitness and personal care for a few months, but things have recently gotten back on track there. So there’s still some work to be done on progression but all in all, it was a solid year.

So given the fairly good year I had, what am I looking for in my own personal goals and themes for 2014? I decided to go with 3 “D” words this year.

Discern. 2013 was a year in which I made a lot of progress, personally and professionally, but it didn’t feel that way because I wasn’t doing a good job of measuring it, of discerning the progress that was being made in the big picture. The irony is that I do this sort of thing every day professionally, but don’t apply it longitudinally in a personal way. I take lots of snapshot measurements in short timeframes, but not enough long term and trend tracking. A focus on discerning and measuring better will help me be even more effective.

Decide. Better measurement leads to better decisions. As a consequence of discerning more, my second focus must be on taking action. A pile of numbers doesn’t change a thing. This encompasses decisions big and small, from being more clear about what I want for little things like lunch to big things like what project to tackle next, and what things I should leave behind. I recently scrapped one of my books and the weight it lifted off of me was wonderful. That decision needed to happen much faster and more firmly.

Discover. I’ve felt a peculiar sense of “is that all?” for a while now, professionally and personally. I’ve read so many “2014 trends” articles that said absolutely nothing new, so many that I could scratch out 2014 and put any of the last 5 years in the title and the article would still work. One of my words and goals for 2014 is to get even more aggressively adventurous and figure out where the “new” stuff is, what angles I’m not considering, what I’ve overlooked, what truly new things there are. I could barely contain my excitement at the Dreamforce Internet of Things exhibit as people were tinkering and inventing in the moment; that feeling needs to spread to my everyday work and life.

One of the things I changed this year is that each of my 3 words must be an imperative verb, not a noun. That makes it easier to say I can, I will, I must. I can discern. I will discern. I must discern. Inspiration should have been inspire, progression should have been progress. It’s mentally easier for me to hold myself accountable to a verb.

Discern. Decide. Discover. That will be who I want to be more of in 2014. How about your three words?