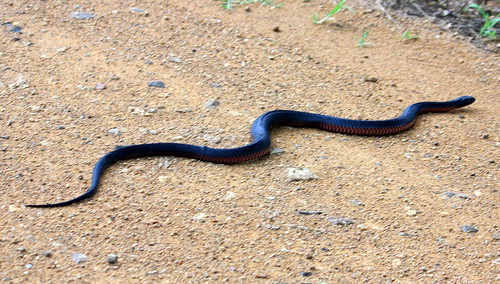 For those who follow such things, yesterday marked the new year for billions of people as the year of the Yin Water Snake, exiting the year of the Yang Water Dragon. The year of the Yang Water Dragon was to have been marked by the dragon’s energy shaking itself out in our world, and we certainly saw that, as some of the largest storms (Hurricane Sandy) struck the United States, along with manmade ones such as the political election cycle and the Newtown shooting. On the flip side, the energy of the water dragon propelled the markets to new heights and brought bountiful opportunities for those prepared to take advantage of them.

What does astrology portend for the year of the Yin Water Snake? Yin years are contracting in energy. Water as an element in the wu xing can either be expanding or contracting, creating or destroying. This year’s signs and portents are for the destructive influence of the element, which puts out the fire element. These are, of course, metaphors for how energy moves through us and the world around us, and are based in pre-industrial legends from agrarian times. In the old days, a yin water snake year would have cautioned farmers to prepare for a lean year, with disease, accidents, calamity, and natural disasters (yin water). Farmers would have needed to be prepared for a lot of travel over long distances (black snake).

Does this have any relevance to the modern day? That depends on how much faith you place in pre-industrial long-term forecasting. I enjoy these forms of divining as more ideas to think about, rather than literal warnings or to-do lists. In a yin water snake year, to ward off the energies involved, spend time being more introspective and cautious. This is opposed to the previous yang dragon year, where you jump at opportunities that present themselves and figure out the details later. In yin water years and in snake years, it’s a good time to think about defending what you have, investing safely where you can, making sure that you stand on a firm foundation. The countering element in the wu xing for water is earth, which is symbolic of foundations, earthen berms that stop floods and channel water’s destructive potential.

More than anything, these sorts of belief systems are excellent for enhancing our focus on particular areas of our lives. If you spent all of the past year leaping at opportunities and it’s worn you out, the concept of the yin water snake year, with its retreating energy and focus on rebirth, compromise, and patience might be an appealing change of pace for you. If you’ve taken lots of risks in the past year, this year might be a good time to take a break and evaluate the choices you’ve made to determine which ones need to be pruned and which ones you should keep. The idea of the snake is that it’s a long-traveling creature in Chinese astrology. If you’ve been thinking about doing some traveling to change your pace, this might be the inspiration you need to go do it.

Looking around at my friends, my colleagues, my coworkers, I do see ample evidence that we’re all burned out from the year of the yang water dragon. We surfed the surges of opportunities, some of us wiped out, but people around me definitely feel fatigued, stressed out, and fried. Thus, the yin water snake, while it might have ominous portents, also might just be the right prescription to get us all to slow down a bit, be a bit more introspective, and restore balance in our lives.

May your new year be filled with health, happiness, and prosperity!