Non-Partisan Political Post: No More Excuses Not To Vote

Political PSA: No matter what party or candidates you’re voting for, do your part for yourself and your neighbors to spread valid information about polling stations and hours. 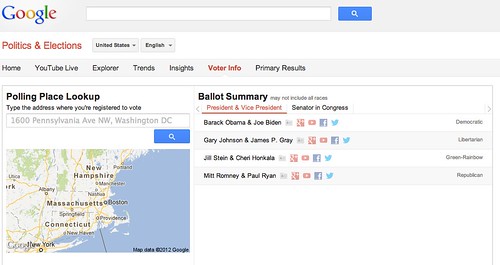 Bluntly ask the neighbors that live next door to you, the people down the hall, the roommates you live with, if they know where and when to vote. If they don’t, help them. Show them this web app from Google and CNN. Strongly suggest putting a reminder on their calendars. Knock on their doors on the morning of November 6.

Finally, consider bring your video camera or smartphone with video capability if you have one to your polling station and the laws in your state permit it. In some parts of America, there will be people actively dissuading others from voting, using misleading tactics or outright breaking the law. Record them. Post them to YouTube. Document it if it is legal for you to do so, because your duty as a citizen isn’t just to make sure your vote counts, but to help ensure that every other citizen’s vote is counted as well.

Here’s a guide on video recording your vote:


How To Video Your Vote: A Legal Primer
Watch this video on YouTube.

And some state-by-state laws.