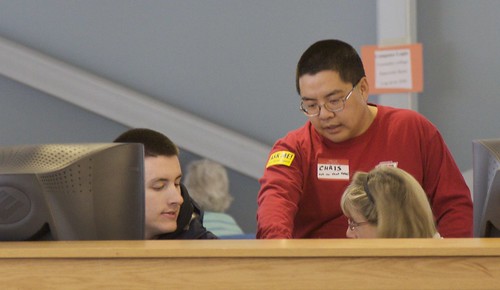 Halloween is the one holiday of the year that has interesting practical applications for the ninja art of hensojutsu, the art of disguise. As you get ready to celebrate the day, consider dipping a toe into the water of actual disguise and impersonation.

In old Japan, hensojutsu, or the art of disguise, was much more than slapping on a fake wig or a costume. At its core, it’s about becoming another person, a different person. Ninja of old would “vanish” not by silly movie trickery, but by being an appropriate part of their environment.

If you haven’t already selected a costume, consider going to a second-hand store and finding some used clothing that fits a persona you could legitimately create.

If you went to a major city and found the average office high-rise, how far inside could you get just by wearing a suit and looking like another bored corporate drone? If you were mindlessly checking your phone while carrying a briefcase, would anyone even care that you were there? That’s what it means to be invisible.

If you’re at a construction site with a helmet, wearing blue jeans, a t-shirt, and a tool belt with an assortment of appropriate tools, would the average passerby notice? Would the crew on site even notice, or would they assume you’re just another contract laborer that’s been sent over by the day labor agency?

What if you took it a step further and pulled from your past something that would be a credible disguise and mindset? Do you have enough knowledge and experience from past jobs to credibly portray someone from a different profession? For example, I used to work in financial services and got so far into the workings of the student financial aid system that I am confident I could credibly portray a financial aid advisor for any US college.

If you want to take it a step even further, imagine what it would be like to portray someone who is the opposite of how you normally think.

Try it out as a challenge for Halloween today. Get your costume, then go set up a fake Facebook profile for your imaginary persona and see how far you can get into the head of this true Halloween disguise. Can you truly be someone else for a day?

Legal disclaimer: while it’s an exercise, don’t do anything stupid, reckless, or illegal. You can’t, for example, legally impersonate a police officer, so pick something that’s legal.