Write what you do not know

Write what you know is one of the most often repeated cliches when it comes to content creation. There’s good reason for it – by sharing the knowledge and experience you have, you can contribute more than, say, idle speculation or uninformed opinion (though there’s plenty of both online). Writing what you know is a great place to start. 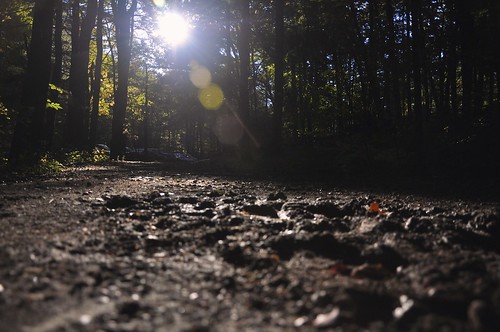 Once you’ve reached the re-runs stage of your content creation, you have to be brave enough, bold enough, and aware enough to shatter the “write what you know” truism. It served you very well up to this point, but in order to grow, you have to transcend it and start to write what you don’t know.

How do you write what you don’t know? Research. Investigate. Explore. Adventure. Find a direction and set sail for it, taking along all of your audience on the quest to new lands. A good number of them will go along with you because frankly, if you’ve only written what you know and you’re into re-runs (or worse, re-runs of re-runs rehashed), they’re looking for a new adventure too.

I’ll give you a personal example. Right now I’m investigating and learning about Like Gating on Facebook – content that displays differently depending whether you’ve Liked a page or not. I’ve got the very basic version down (it’s a PHP include at its core) but now I’m exploring to see what other data is available along with the basic method. By no means am I an expert in the topic or even a competent practitioner. I’m just starting out in this research, but what I’m finding will definitely be worth sharing as soon as I’m able to adequately explain it to myself.