A while ago on Marketing Over Coffee and other places we discussed the SCVNGR game mechanics deck, a deck of cards with different mechanisms that stimulate human behavioral patterns. While marketers are more than happy to jump all over these methods, it’s well worth considering for marketing more useful things, like non-profit donations. 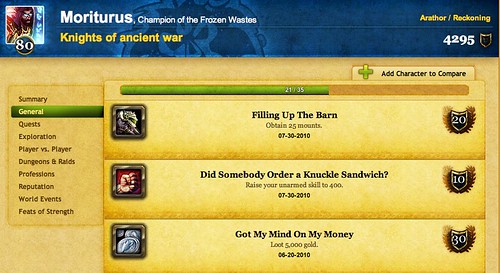 Let’s take a look at just a few mechanics and how a non-profit might be able to make use of them.

Progression Dynamics. Non-profits for a long time have had statuses such as donor levels, but they’re uncreatively used. At best, a donor level is listed in a brochure or program guide, and maybe the top achievers (donors) get a shout-out at an organizational event. This is the age of social! Make those levels public and spreadable! Imagine how simple it would be for an organization to post as a Facebook status or tweet every donation (for those who didn’t want to remain anonymous) along with thanks and donation level.

Badges. Coupled with progression levels, badges (from locations earned in Foursquare to Achievements in WoW) are an equally potent way to recognize people. Most organizations recognize large donors or longtime donors and stop there. Get creative! Badges don’t cost you a thing – make as many as you can and hand them out with great frequency, very publicly, to take advantage of the habit that people tend to collect damn near anything you put in front of them.

Example: “Congrats @cspenn for earning the Fastest Donor badge! You donated within 60 seconds of our tweet!”

Leaderboards. The only thing better than being in a progression guild in Warcraft is being listed in a progression guild in all the major guild leaderboards. People love to show off their status. Take advantage of this simple social mechanic in your community and publish a leaderboard, and make leaderboards for more than just one mechanic. For example, you have top donors, which is of course useful, but what about top social sharers, folks who might have more time than money? What about top referrals to your web site? What about top networkers who bring new people to your Facebook page? Find ways to implement leaderboards for all the metrics that matter to you and publish them to encourage people to compete!

Example: “Hey @cspenn! You just reached #23 in the Social Leaderboard! Keep telling people about us!”

Groups. Farmville would be fairly boring without other people. Warcraft would be equally flat without guilds to join of like-minded players. Do you encourage your constituents to network just with you, or do you help them network with each other? Create reasons for teams, guilds, groups, or other gatherings virtually or in real life of people who might gain something from each other, and have them compete for the above listed progressions, badges, and leaderboards as groups.

Take a look at the SCVNGR deck and figure out how you can work one or more game mechanics into your non-profit organization’s structure. Most of the mechanics will require little or no money and can encourage exactly the kind of behavior you want from your audience – and let them have some fun at it, too.